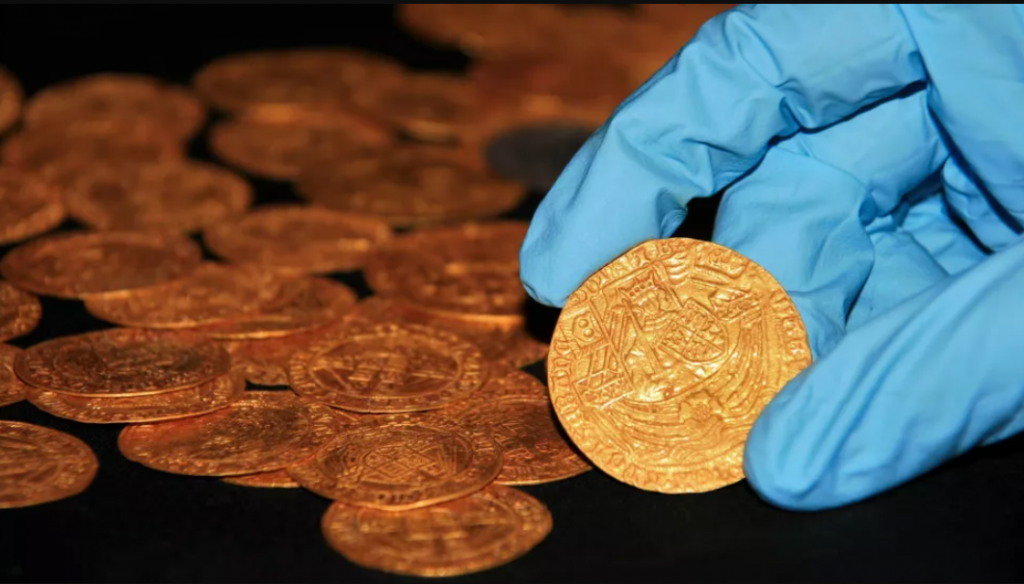 Image: The Trustees of the British Museum
Nerd Culture

Gold Coin Stash From the 1400s Found in English Garden!

While out doing normal garden work, one family discovered a massive hoard of gold coins from the 1400s! The coins depict English monarchs from Edward IV to Henry VIII.

64 coins in total were found- with 63 gold and one silver. They were minted over the span of 100 years. Four of the coins feature Henry VIII, and one of the initials of three of his wives: Catherine of Aragon, Anne Boleyn and Jane Seymour. Why the coins have these initials is of great interest to historians as it was not commonplace.

The British Museum said in a statement:

“63 gold coins and 1 silver coin of Edward IV through to Henry VIII, and deposited in about 1540, were uncovered in the New Forest area, Hampshire as the finders pulled out weeds in their garden. Ranging across nearly a century, dating from the late 15th to early 16th centuries, the hoard includes four coins from Henry VIII’s reign, unusually featuring the initials of his wives Catherine of Aragon, Anne Boleyn and Jane Seymour. The total value of the coins far exceeds the annual wage in the Tudor period, but it is not yet clear whether this was a saving hoard which was regularly deposited into or if the coins were buried all at once.