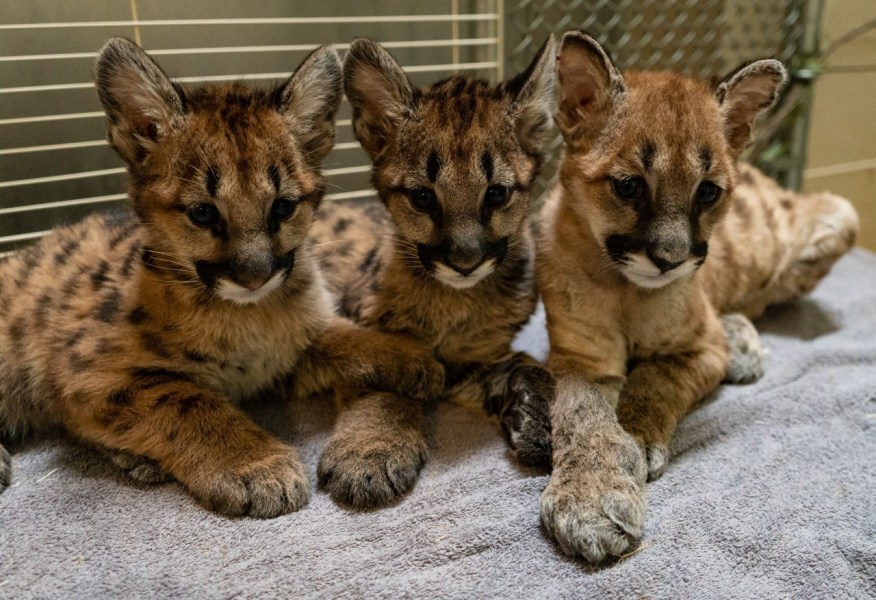 Three mountain lion cubs were rescued from a couple of California’s wildfires this year, and are now getting settled at the Columbus Zoo and Aquarium in Ohio. They were treated for injuries at the Oakland Zoo in California, and then transported by FedEx to their new home.

The male mountain lion cub was named Captain Cal, and was found wandering alone by firefighters in September. He was treated for severe burns and a hurt leg at the Oakland Zoo. Soon after he was introduced to two sister cubs who had also been victims of the California wildfires. The sister cubs are going to be named in the weeks ahead.

The Oakland Zoo shared a video of the cubs on their way to Ohio. They “overnighted” them so they would arrive by dinner time.

FedEx provided complimentary transport for the animals to their new home. The cubs will be integrated into the Columbus Zoo and keep their 17 year old mountain lion Jessie company. Jessie is elderly and blind and should be glad to have the companionship.