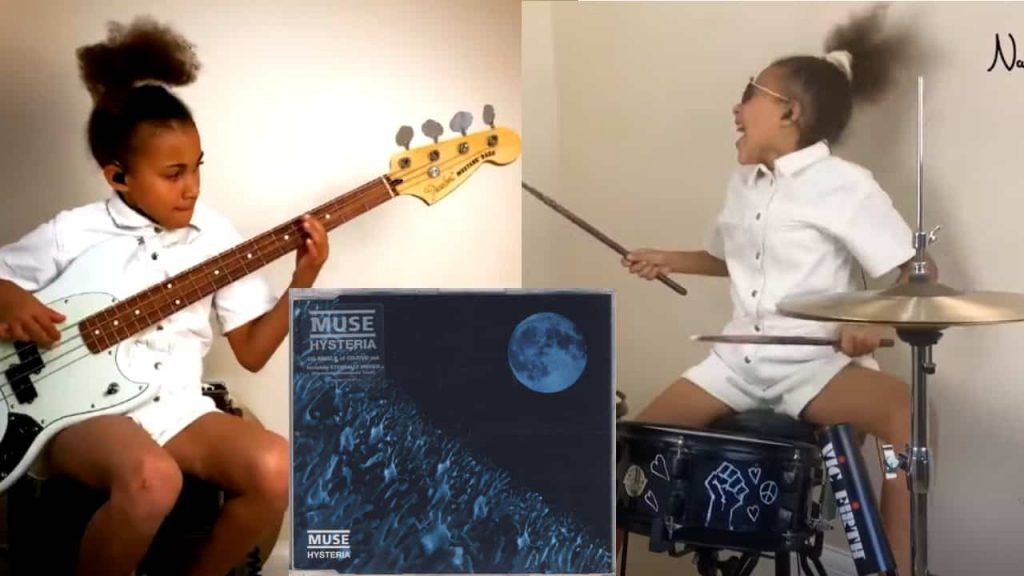 Nandi Bushell should be a name that you get used to saying. Not only because she’s an up and coming influencer, but because she’s on her way to becoming a rock and roll god. At just 10 years old she’s already challenged Dave Grohl to a drum off (and won!), covered Rage Against the Machine’s “Guerilla Radio” and gotten an honorary guitar from Tom Morello, and has a stamp of approval from Kirk Hammett for her cover of Metallica’s “Enter the Sandman”.

The latest song that she’s tackled is Muse’s “Hysteria” from 2003. She says that she had to concentrate really hard on the bass line because it’s one of the most difficult ones she’s ever learned. And to top it all off she even got praise from the official Muse twitter!

Like I said, keep an eye on this one. And Nandi if you’re reading this.. You Rock!