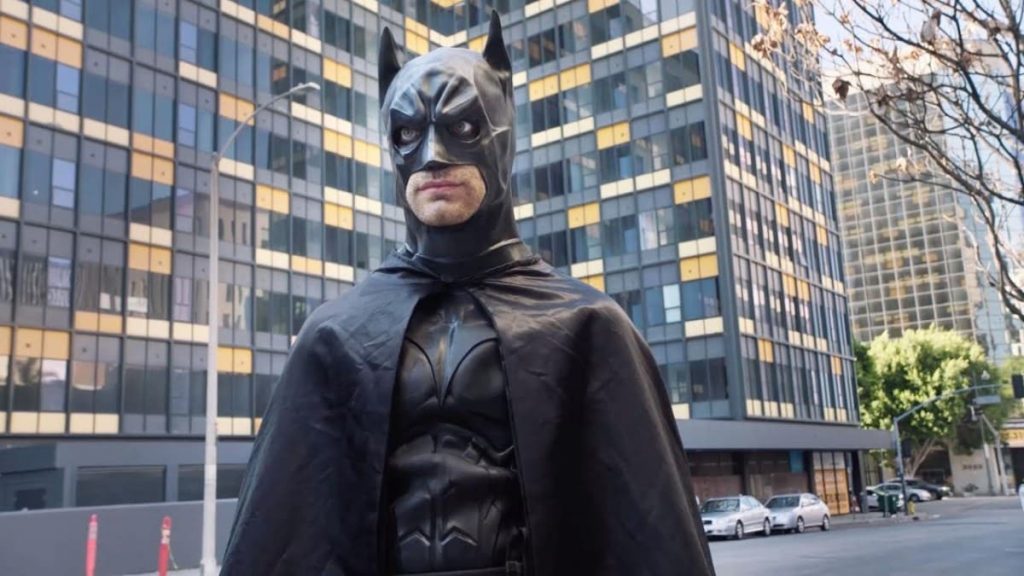 Despite being a diehard Batman fan, I’m a sucker for a good old fashioned Dark Knight parody. Even a character as beloved and brooding as the caped crusader isn’t above a little comedic roasting, and “Fund the Bat” is precisely the kind of meta-comedy we need right now. Ironically created by the crew of “Marvel’s Agents of S.H.I.E.L.D.,” and starring Deke Shaw (Jeff Ward on the show) as a flat broke, down on his luck Batman lamenting his financial and life troubles due to the pandemic. And it’s great!

The 7-minute plea for money from the world’s greatest detective is just downright funny and a perfect and timely parody of superheroes. There’s nothing quite like watching a deadly serious Batman wander the streets of Gotham in the daylight, driving a Prius with a bat symbol on it because he had no idea how much insurance for Bat-everything cost. Alfred, who was previously in charge of everything including Batman’s finances, unfortunately contracted COVID and is currently in the ICU. Left to his own devices for a week, and Batman has lost all of his wonderful toys.

After realizing there’s no gadget that can get him out his predicament, he laments “This global pandemic is a supervillain that even I can’t defeat, because you can’t punch a virus. I tried — it looks ridiculous!” Shaw is great as a defeated, pandering Batman, and underneath all the parody is an ACTUAL GoFundMe campaign for those struggling from the entertainment industry pandemic shutdowns. No, not the A listers doing just fine; all the little people that quite literally make the industry go round. Hairdressers, artists, drivers, painters, set designers, grips etc. The every man jobs that are all a crucial part of the Hollywood machine that need help like the rest of us, like our fictional, flat broke Batman.

The #FundTheBat social media campaign is a real campaign that anyone can go and donate what they can to help those in need. Of course, our would be Batman probably didn’t figure all that out on his while rolling around hard in his black Prius (that yes, he has to wash himself). Be sure to check out the video below and if you can fund the bat, know that it will go to someone who actually needs it and not a Bruce Wayne desperately waiting for Alfred to return.