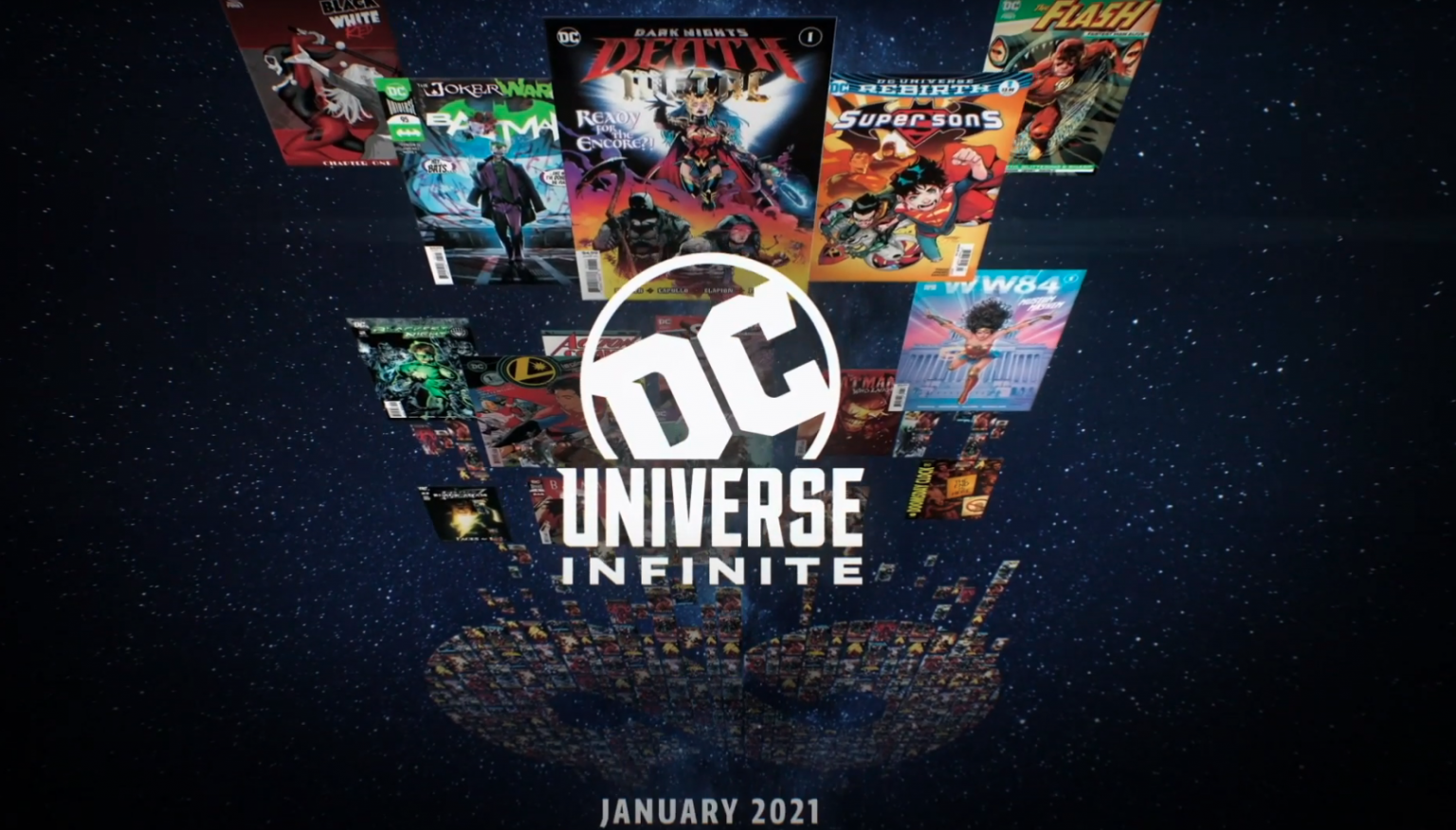 We knew it was gonna happen eventually, and this morning the powers that be officially announced that DC Universe, streaming service of Warner Bros. Pictures comics division, will be no more. Instead they’ll become DC Universe Infinite, which will house digital comics, and DC fan experiences and events.

If you’ll recall the recent DC FanDome not-a-comic-con-but-kinda-a-comic-con, DCUI will be like THAT, only with comics. Upwards of 24,000 comic books will be available at launch, and new titles will be added after they’ve already been on the stands for 6 months.

“Our fans love the platform’s robust library of comic books and, with the transformation, we will not disappoint. I’m excited to share that not only will DC UNIVERSE INFINITE members still be able to read all of the great comics that they’ve enjoyed but new issues are debuting on the platform quicker than before, digital first exclusives are being created, and the members-only events will begin as soon as possible. There has never been a better time to be a DC fan!”

All of the original programming (tv shows and cartoons) are moving to HBO Max. This is something we knew was coming, so we’re not really surprised by that part of the announcement.

DC Universe Infinite subscriptions are available to purchase online. iOS and Android devices will run $7.99 a month, or $74.99 a year (which works out to $6.25 a month).

Each DCUI subscriber, existing member, or those joining during the pre-order offer window (by February 1st, 2021) will receive a voucher redeemable at the DC Shop (subject to terms and conditions. Annual subscribers will receive a $25 voucher while monthly subscribers get a cool $10).

DC Universe Infinite will launch in the USA on January 21st, 2021. The global launch is mentioned as sometime in the summer of 2021.

You can read more about DC Comics’ announcement here.