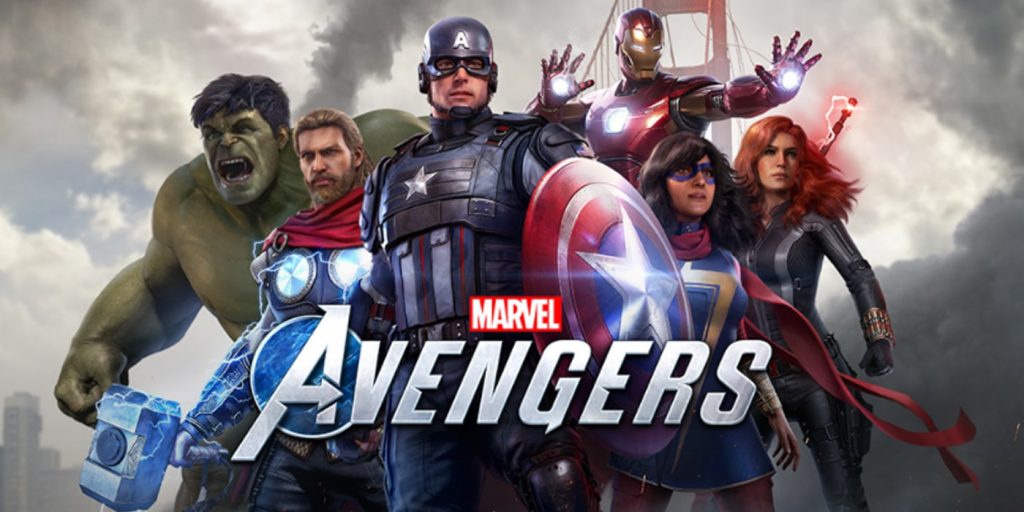 Marvel’s Avengers Game: The Good, The Bad, The Buggy [Review]

The highly anticipated “Marvel’s Avengers” video game from Square Enix and Crystal Dynamics finally arrived this weekend. Fans have been eagerly awaiting the arrival of their favorite Marvel heroes powered by one of the best video game developer studios (Square Enix) for years. I had a chance to play both the beta last weekend and complete the story campaign this weekend. There’s a lot to enjoy about “Marvel’s Avengers” but it’s definitely not without its issues. Some of them are understandable, while others are outright inexcusable, especially considering the developers behind it. Wrought with some bizarre game mechanics and rage inducing bugs, “Marvel’s Avengers” feels developmentally incomplete despite the mass amount of content.

For starters, the story of “Marvel’s Avengers” manages to feel fresh in a jaded superhero world. Though at its core it isn’t all that original, focusing on Kamala Khan (Ms. Marvel) breaths new life into the familiar superhero team. While you eventually get a chance to play with each hero, it’s Khan who is catalyst for not just reuniting the Avengers but the story itself. Voiced by Sandra Saad, Khan brings an infectious fangirl naivety that helps offset the larger than life heroes. In a world filled with A.I.M robots and powerful inhumans, Khan grounds the story with heart and humanity. The real story is hers. It’s her heroes journey from fangirl of the Avengers to finding the strength within to eventually become one. While she may not be your go to once you unlock the multiplayer, the campaign storyline is worth telling and playing all the way through.

Though there are number of issues with the gameplay that will be discussed later, overall its still fun. As you progress in the game, you unlock new avengers, eventually filling out your roster with the whole team. Every character has light attacks, heavy attacks, and specials. While they all function similarly, each hero is different enough in their attacks that there is something for every play style. If you want to zip around the maps firing rockets and lasers at enemies, then Iron Man is for you. If you like the quick draw distance attacks with some fancy hand to hand combat, then Black Widow will be your primary choice. Of course, if you just want to smash, you can’t go wrong with Hulk. Like many other action role playing brawler games, there is a skill tree to upgrade abilities as well as tons of gear and resources to improve your character’s attributes like damage and defense.

One big plus for “Marvel’s Avengers” is the AI. All missions are designed for teams of 4 heroes, so if you’re planning to play through them solo, the game will automatically assign AI heroes to round out your roster. Unlike many other games where the AI assistance might as well not even exist and at times make the game more difficult, these AI Avengers are actually capable companions. They attack the appropriate enemies, revive you when you need it (if they can) and you don’t spend an inordinate amount of time chasing them down. The AI actually helped me complete the final boss fight, as my Hulk couldn’t seem to withstand the onslaught of enemies. The AI Ms. Marvel managed to revive me twice while delivering the final blow to main baddie. For anyone who has every played games with AI, having capable companions is a big deal, and “Marvel’s Avengers” succeeds in giving just the right amount of mission assistance.

There are some really frustrating aspects of the game, too. For starters, “Marvel’s Avengers” has opted for a semi “Dark Souls” mapping and mission directions. Case in point, the game is terrible at guiding you through the maps and accessing the mission objectives. Each map has a primary objective and a number of side quests and gear chests to locate. The game does such a poor job at teaching you how to access them that they might as well not even show up on the map. If I hadn’t played through the beta with friends, I would’ve been completely lost in the first few missions. “Marvel’s Avengers” does a lot of assuming, both in how to complete missions as well overall gameplay. There are some Iron Man missions that are thrust (no pun intended) upon you that are really difficult to navigate because the only way to do so is to press up on the d-pad.

This is another wonky mechanic of the game. Constantly having to push the button to know where to go in a game that isn’t too keen on telling you wears thin quickly. Likewise, it is complete mystery as to why a game primarily designed for multiplayer does not have a permanent character indicator. Having to push up on the d-pad to see where your friends is incredibly annoying. If you’re running a strike team with Iron Man, Cap, and Widow, Iron Man can literally disappear in the air for the rest of the mission, leaving you with nothing but hope that your friend is still nearby. There is no real reason why you should have to search for friends in a multiplayer game.

Lastly, despite the gear and ability upgrades, every character is a glass jaw for projectiles. While every Avenger has a blocking mechanic, it is wildly inefficient. Most of the time you are overwhelmed with enemies who mainly ignore it. Also, every high damage attack and combo has to be charged, but every projectile is an immediate knock down, rendering some of the best parts of your character obsolete. Even ranged attacks (unless you’re playing Widow) requires charging and aiming, but is broken by enemies who need neither. Expect to get knocked down, A LOT. Heroes like the Hulk should really be far more resistant to incoming damage, but unfortunately the game is imbalanced in that way. It’s pretty easy to take out the Hulk, and it shouldn’t be. “Marvel’s Avengers” attempts to take away the invincibility of their heroes, but in turn they make them far too vulnerable. This makes a number of missions far more difficult than they should be.

This is where the developers seem to have launched an unfinished game. The bugs are enormous and frequent. Everything from Widow’s red hair constantly rendering black to missions being unable to be completed because objectives and enemies outright disappear (I played the same mission 5 times in a row because of this), to setting up a functioning multiplayer strike team. It’s honestly exhausting and shouldn’t be so prevalent in such a big game. I have yet to play a multiplayer mission with friends that hasn’t required spending more time trying to get it to work than actually playing together. These bugs require all players to exit out of the game completely and come back to try again. This is fine in a beta release, but at launch this should have been patched. Multiplayer isn’t new technology, so for it have this many problems in a game by a reputable game developer is infuriating. While the game is said to be getting a major patch release soon, it shouldn’t need it as bad as it does.

While no game is perfect, “Marvel’s Avengers” has as much to complain about as it does to enjoy. Make no mistake, when the game works the way it should, it’s a blast. The story is worth it, and being able to create team ups with friends as your favorite heroes is definitely a good time. However, it shouldn’t be this challenging to get to the fun. Your gaming time should be spent playing, not trying to set it all up in hopes things go smoothly. “Marvel’s Avengers” is a good game that falls just short of being great due to some poor game mechanic choices and consistent bug issues.