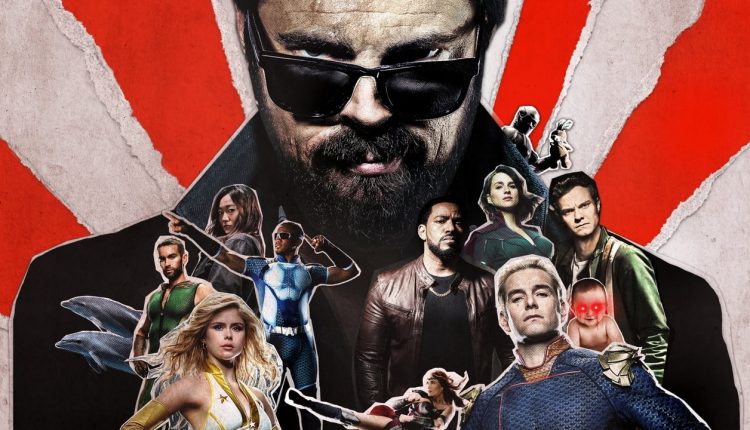 First Impressions: “The Boys” Are Back in Town [Review]

Perhaps the only thing wrong with the premiere of “The Boys” Season 2 is that we only get 3 episodes right now. Unlike the first season, which was released all at the same time, Amazon Prime has opted to release new episodes weekly. It is simply not enough of the ragtag gang squaring off against all powerful, sociopathic supes. After an outstanding first season, episodes 1-3 prove that the both the creators and actors alike haven’t skipped a beat. Egregiously violent and darkly funny, the first episodes of “The Boys” season 2 delivers on its promise of being absolutely diabolical.

“The Boys” season 2 wastes no time diving right back into the world of Vought and their compound V supes. We are quickly rushed from character to character, checking in with every familiar face in a matter of a single episode. To the credit of the creative team, the briskness in which it moves the pieces into place while simultaneously catching up with our protagonists is effortless and entertaining. t is as if no time has past between seasons despite months of events transpiring between them (both in real time and in the show). The first episode brilliantly recaps the events of season one while also setting up what is to come. For the viewers sake, “The Boys” knows what kind of show it wants to be and what fans of it have come to love. It wastes no time delivering on both.

The stellar cast all fall back into their respective roles with ease, along with some welcomed additions. Homelander (Antony Starr) seems to be flying without a leash, and taps into the pure sociopathy the Superman parody is. He is haunting and tormented, furthering his breakout performance from season one and somehow adding even more layers to an outright psychopath. Butcher (Karl Urban) continues to be the driving force behind the scrappy crew, driving both the complexity of a man tormented by his new discoveries yet refusing to show any cracks in his armor. Urban is nothing short of a delight, and truly elevates the rest of the group both as protagonists and performance.

For cast additions, we are introduced to Stormfront (Aya Cash) as the newest member of the seven. A social media savoy, spotlight craving loudmouth who does and says what she wants when she wants. It is clear that she is set to play a major role this season, and adds whole new level of despicable charm to The Seven. Cash is fantastic, loaded with a biting wit and charming delivery.

She is almost impossible not to like, even when it becomes apparent that you probably shouldn’t. Mr. Edgar (the always sinister Giancarlo Esposito) plays a larger role here too, finally. Esposito continuously seems to find himself in powerful, dastardly roles and does not disappoint here. There is a fantastic scene between him and Homelander in which (for the first time it would seem) the all powerful supe is put in his place with nothing but educated words from Mr. Edgar.

Lastly, not so much an addition as an uptick in screen time, but fans are finally given a bit more of Black Noir (Nathan Mitchell). In a show that relies on humor and outrageous violent encounters, a silent mask wearing supe is difficult to put front and center to develop. In season 2 however, we are given just enough to understand him a bit more as well as see what he is capable of. As perhaps the only member of The Seven Homelander actually trusts, one can only hope that we see more of the sword swinging (and possibly unkillable) supe.

There is truly a lot to enjoy here. From the performances to the action to the developing story, the first 3 episodes have largely doubled down on what made the first season so successful. It is rare that a show of this nature is so poised and balanced. The action is over the top and grotesquely violent, but it is never in spite of the story it is trying to tell. The humor is dark yet never overshadows emotional moments. “The Boys” season 2 can go from a tragic reunion of long lost family to The Deep (Chace Crawford) having a drug induced breakdown and arguing with his gills (voiced by Patton Oswald) which ends with a duet of “You are So Beautiful.”

These contrasting ideas perfectly balanced in a single show are what make “The Boys” so addictive and fun to watch. It reads like a book you can’t put down, which makes the choice for an episodic release schedule so frustrating. “The Boys” is infectious, and the first 3 episodes of season 2 waste no time in putting us right back into the thick of it. If these episodes are what we can expect from the rest of the season, then sign me up for some diabolical supe hunting.