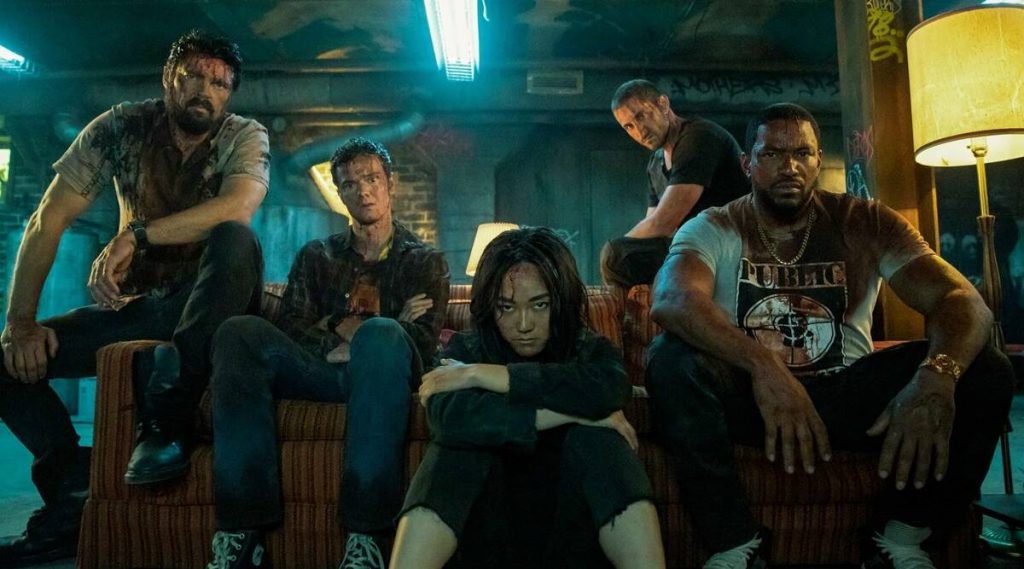 It was just last year when Amazon’s season one of “The Boys” premiered to great fanfare just after San Diego Comic Con. It seems like such a lifetime ago with everything that’s happened both in 2020, but also in the realm of genre series.

The likes of “Watchmen” and “Umbrella Academy,” touching on myriad social issues and taking superheroes into some pretty dark paths. Fans of both of those series can express fairly that “omg, did you see what happened in that episode? It was so nuts”. Watchers of “The Boys” simply smile, shake their heads, and express, “you’re so adorable.”

“The Boys” are back with their season 2, dropping the first three episodes at once on Amazon Prime and continuing each following week with one episode until the full 8 episodes of the season has dropped. We pick up with the same level of sadistic glee right off the bat with the aftermath of Homelander’s (played by Antony Starr) killings and pinning the death of Madelyn Stillwell on Karl Urban’s Billy Butcher. Homelander’s narcissistic god complex continues unchecked while The Deep (Chace Crawford) tries to earn his way back into The 7.

The macguffin of Compound V, the drug which can supercharge supes, and also appears to have played a role in the original creation of new supes, takes a sideline (so we’re not just rehashing the drug addict storylines that were used in season 1). And are expanding into more of the social quandaries – self image, social media, corporate control of media, misogyny, racism, bro culture and more.

If anything season 2 finds itself already fully aware of its voice and how it can express itself to a public adoring of superheroes, forcing us to think – while with great power comes great responsibility, will many people take responsibility wisely? Some new faces join the lineup, including Stormfront (Aya Cash) who comes in in the role of a younger fresh and high powered face joining The 7, and Homelander has to deal with the fact that while he might be the leader, someone who might be equally strong to himself, apt on social media, and not willing to bend to his bravado.

If anything the writing is tighter this season than it was last year, better paced, and they’ve kept the level of over the top violence and don’t get too fond of nearly anyone because it’s from the refreshing early years of “Game of Thrones” where lead characters could actually die on a whim. Or in the case of “The Boys,” they might explode into a fine mist, have their heads ripped off, or other types of demises that Rorschach could only wish to have dreamt up first.

Season 1 and the first three episodes of season 2 of “The Boys” are available on Amazon Prime.