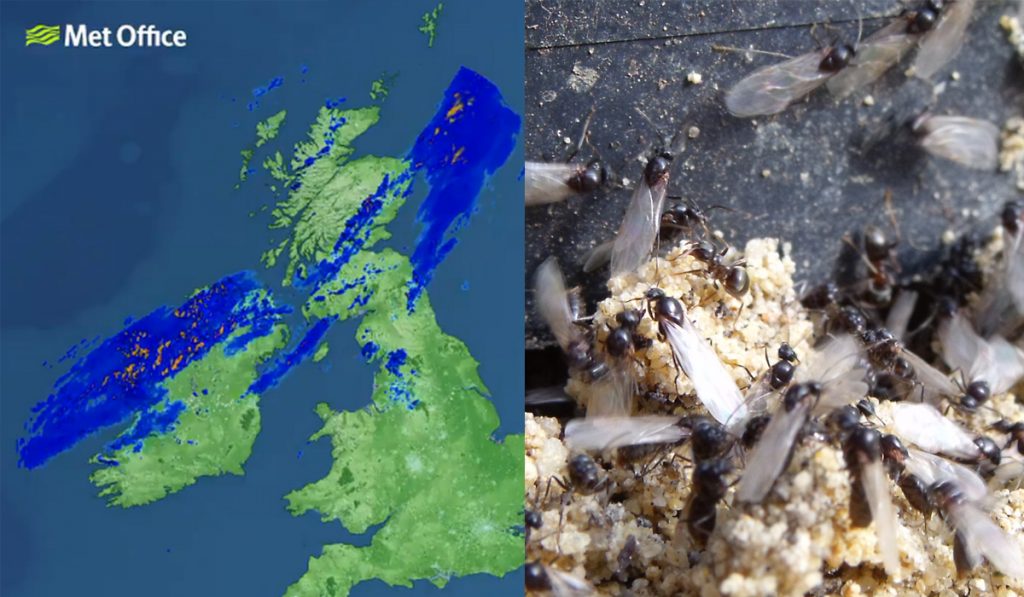 Now let’s start off by saying this is a regular thing in Ireland. When summer hits ants can take to the skies looking for new places to mate. They even have a hashtag for the event, #flyingantday. I mean, I personally hate ants flying, fire, and otherwise so this makes me want to go to Ireland a lot less especially during the summer months when this typically occurs.

According to the Irish Post scientists initially thought that this image was nothing more than a rain cloud. That’s because the swarm was so large! They inspected it closer and found that instead of a welcome rain cloud it was instead a massive swam of ants.

This happens every year and can take place over several weeks. During the summer the ants migrate looking for other colonies to mate with. It happens traditionally when wet weather is followed up with humid sunny conditions. They are worried this year if the humidity persists that it could stretch into September.

If you’re wondering what flying ants look like, here you go!