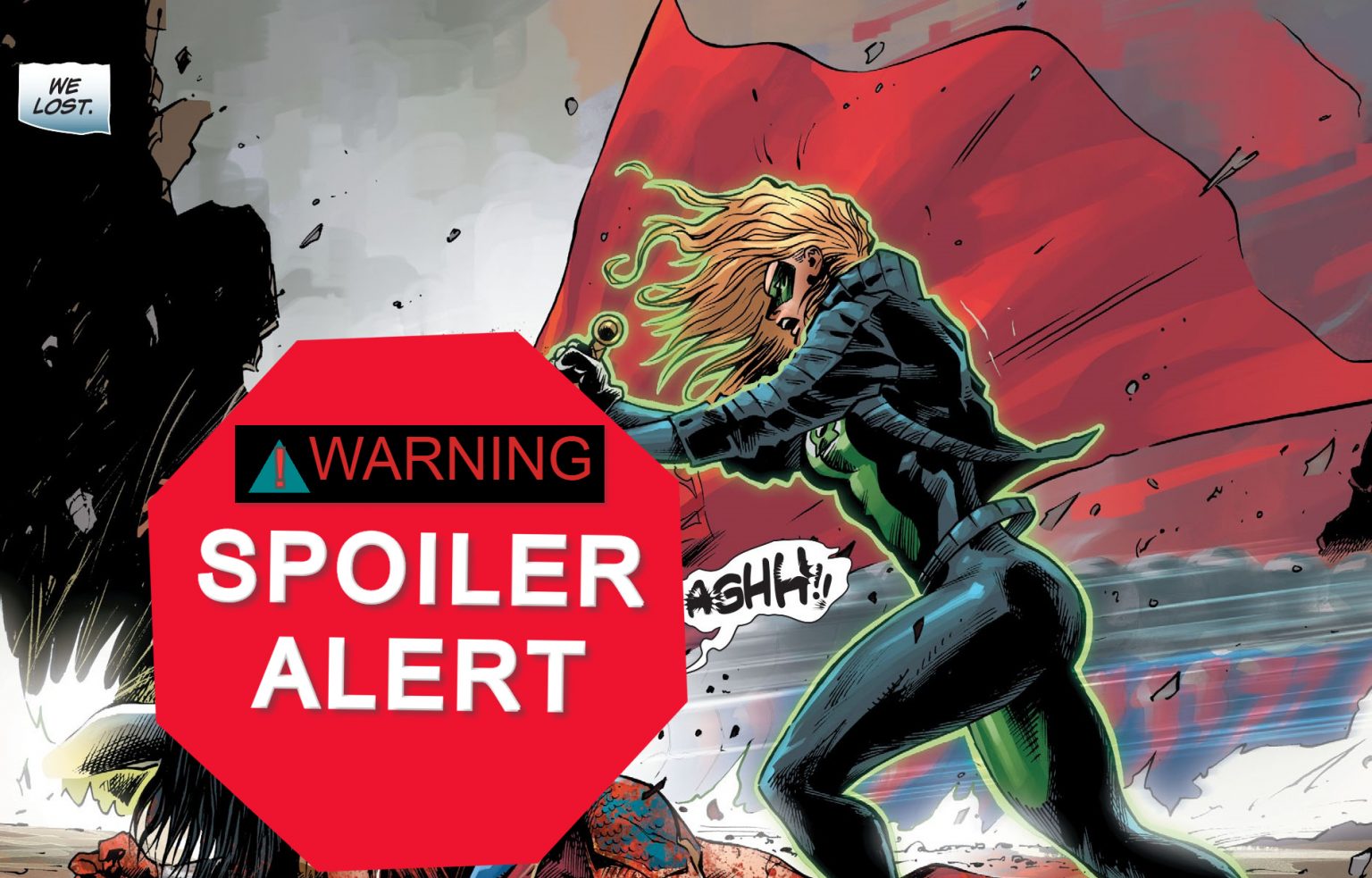 It’s time to return to heroic tragedy, zombies but not really zombies, and a lot of death because the first issue of DCeased: Dead Planet has just dropped.

This series is a direct sequel to the 2019 DCeased, an else-world story detailing the earths heroes struggle against and anti-life virus. During its inital run, the series had become one of the best selling comic series of the year, creating not only Dead Planet but several other spin-off stories/titles.

The description of this first issue, as stated on the DC Comics website, states that:

After a corrupted Anti-Life Equation turned billions into monsters – including Earth’s Greatest Heroes – our planet was as good as dead. Years later, a distress call brings Damian Wayne, Jon Kent, and Cassie Sandsmark – the Batman, Superman, and Wonder Woman of Earth 2 – back to a dead planet… but what will this new Justice League find waiting for them? If life still exists on Earth, who – or what – is lying in wait for these heroes?

If you need a recap, Nerdbot has reviews for the entirety of the firs series here. All caught up ? Lets get started.

The issue opens up with a general recounting of the previous series, particularly detailing that the decapitated cyborg discovered the tracer left by batman within him and he activates it.

We then cut to five years later to the new Justice League of Earth 2, the survivors of the Anti-Life Equation virus, fighting off and alien invasion.

Once they receive the signal, they the league decides to go and see if they can rescue cyborg, as well as any survivors who remain. After some nice back and forth between Dinah and Oliver Queen, the league takes off and come back to earth one. After Jon reunites with Krypto the Superdog, they find the head of Cyborg.

Their ship is taken down, the attacked being revealed to be the infected Wonder Woman who instantly kills and infects Green Arrow. They attack Wonder Woman, while Cyborg tries to tell them something only Jon can hear.

Right before Green Canary is able to impale Wonder Woman with her magical Kryptonite sword (made in DCeased Issue six) Superman gets in the way saying,

“Dinah … There’s a cure.” The final page ends with blood and regret, punctuated with the thought,

“We lost so much, we didn’t think there was anything else to lose. We Were Wrong.”

Overall, the issue was a solid reminder of the dramatic tone and heart that comes with this series. Said tone, established in all of the previous materials, should prep the reader for whatever shenanigans that will take place.

Although we’re( at least I’m) expecting less death from here on out, based on an interview writer Tom Taylor gave to The Hollywood Reporter:

”Will there be tragedy in Dead Planet? Of course! It’s an undead apocalypse, not a picnic. But I will say we didn’t create a new Justice League just to watch them all die,” said Taylor to reporter Graeme McMillan. “There will be despair, there will be heroic sacrifices, but there will also be comedy and triumph mixed in with, you know, all those shocking deaths of beloved heroes.“

While I was worried that the shock and awe of DCeased would just feel repetitive here, it doesn’t. Whatever dramatics that’ll take place in this book is only enhanced by the fact that they’ve all been through this before and with the idea of a cure on the line ramping it up.

But after this series ends, I’m not sure how much longer the appeal of the “everyone can and will die” vibe of the series will seem fresh. But what certainly hasn’t gotten old is the character moments sprinkled throughout the book.

The small character moments that were sprinkled in the original title, will hopefully remain in this one – reminding us how much we care about these characters and their survival. It’s clear that in Taylor’s other title, the weekly Hope At Worlds End, they have the time and space to do more character work so if it’s lacking in Dead Planet, I can forgive it.

I’m excited to see where this series goes, and I can confidently say( from reading the first part of DCeased) that the tension can only rise and that our hearts are likely to break.

The art here is pretty much unchanged from the original series, continuing this sketch Gothic, sharp jagged illustrations that can be really strike figures of emotion and action.

The writer is Tom Taylor, with Trevor Hairsine on pencil’s, Gigi Baldassini and Stefano Gaudiano on Inks, Rain Beredo on colors and Saida Temofonte on letters.