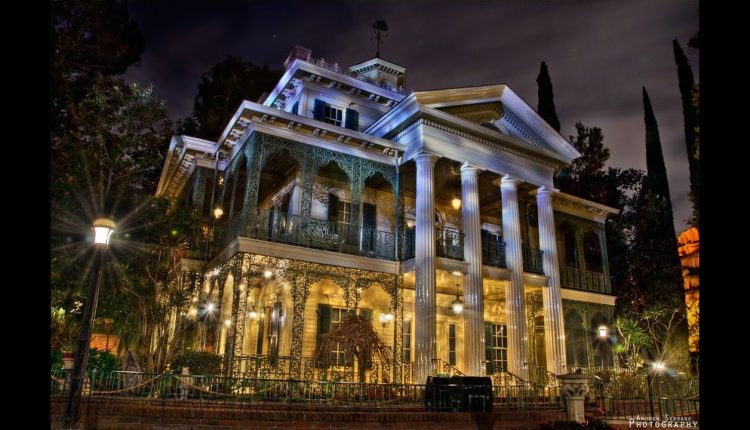 Should The Haunted Mansion Hanging Man be Removed?

The latest talk has some people thinking that the hanging man from the Haunted Mansion should be removed, since they are in a sense showing you a suicide. What can be seen as triggering? What could be called insensitive content? And these discussions are not coming from Disney itself but instead the fandom surrounding it.

With the current re-theming of Splash Mountain comes a landslide of other discussions.

In a quote pulled from InsideTheMagic, a Disney-centric fan site, the author dives into a well-known part of the Haunted Mansion attraction:

No seriously. If we’re talking about the most overtly offensive scene in a Park attraction that could pretty easily be changed, it’s this scene in the stretching room. You all know it. The one where the ghost host says “Of course, there’s always my way” and flashes to a hanging body.

Why is this problematic?
A) It trivializes Suicide as a joke.
B) It’s gruesome
C) It features a noose, which ties in to lynching.

I’m not joking here. I do think this should at least be up for consideration, as it would only take a small script rework and a removal of the lighting flash that makes the body visible.

But the discussion doesn’t just end there. If you think that changing one aspect of the ride would be beneficial then it would lead you down a path of “what else could we ‘fix’?”

Well there is the murderous bride at the end that kills all of her husbands. Why would we want to show spousal abuse or homicide? But that defeats the purpose of the Haunted Mansion altogether doesn’t it?

How does something become haunted in the first place? By restless spirits. And how do you get a restless spirit? Unfinished business. The ghost host that takes you down the elevator says “There’s always my way,” and then flashes the body dangling from a rope. That’s to let you know you are in for a very “scary” ride. It’s not even that it is scary but it is one of the spookiest rides at Disney and is meant to be. It’s like if you were to take out the jump scares of a horror film. It would just be bland.

Devil’s advocate here… they could just make it “Nightmare Before Christmas” all year round. It wouldn’t be the worst thing and it might* help others who do struggle with suicidal thoughts after seeing something unsettling. Plus then maybe we would get Jack and Sally in the park all year round as well.

What would you think of a re-theming of this ride? There is a deep history of the Haunted Mansion which you could go even more in depth by watching the Imagineers’ talk about the history and design of the attraction on Disney+ “The Imagineering Story” series, going even deeper into the lore surrounding the ride.

Those of us who grew up Disney also know that this is one of Walt’s last projects, and he was working on it up until his death in 1966. The ride opened in 1969.The facade was most prized part of the project, which no matter what they decided to do with re-theming would remain unchanged.

What do you think? Should this part of the Haunted Mansion stay intact, or should it be changed?