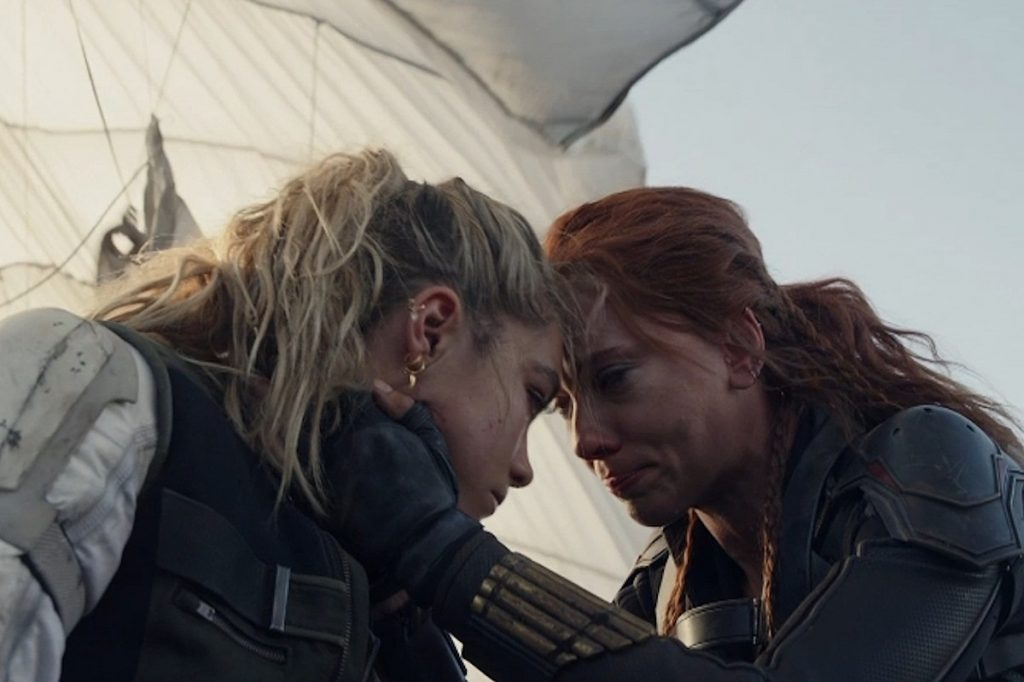 We will warn you right now, that this contains pretty big spoilers for Disney and Marvel Studios’ upcoming “Black Widow” film, directly from director Cate Shortland. So, if you don’t want to know about a huge reveal, please find something else to read (and/or DON’T start lambasting us for writing about this. You chose to read further.)

Ok, still here? The spoilery news from Shortland pertains to the future of Oscar-nominated actress Florence Pugh, and the fact that she’ll be handed the mantle of an Avengers team member.

In a recent interview with Empire, Shortland pretty much says outright that Scarlett Johanssen‘s character of Natasha Romanoff, aka Black Widow, will be passing her batons over to Pugh.

“[Kevin Feige] realized that the audience would expect an origin story so, of course, we went in the opposite direction,. And we didn’t know how great Florence Pugh would be. We knew she would be great, but we didn’t know how great. Scarlett is so gracious, like, ‘Oh, I’m handing her the baton.’ So it’s going to propel another female storyline.”

This makes sense in a lot of ways, since obviously Nat died in “Avengers: Endgame,” and undoing that particular death seems like not a great idea.

Shortland continued, confirming that Nat’s death will be addressed in a big way:

“In Endgame, the fans were upset that Natasha did not have a funeral. Whereas Scarlett, when I spoke to her about it, said Natasha wouldn’t have wanted a funeral. She’s too private, and anyway, people don’t really know who she is. So what we did in this film was allow the ending to be the grief the individuals felt, rather than a big public outpouring. I think that’s a fitting ending for her.”

“Black Widow” was supposed to release back in April of 2020, but, you know *waves arms around*. Currently, Disney has it sitting on a November 6th 2020 rescheduled date, as Marvel Studios seems hellbent on a theatrical release rather than a Disney+ launch.

We’ll of course let you know what we hear about this.