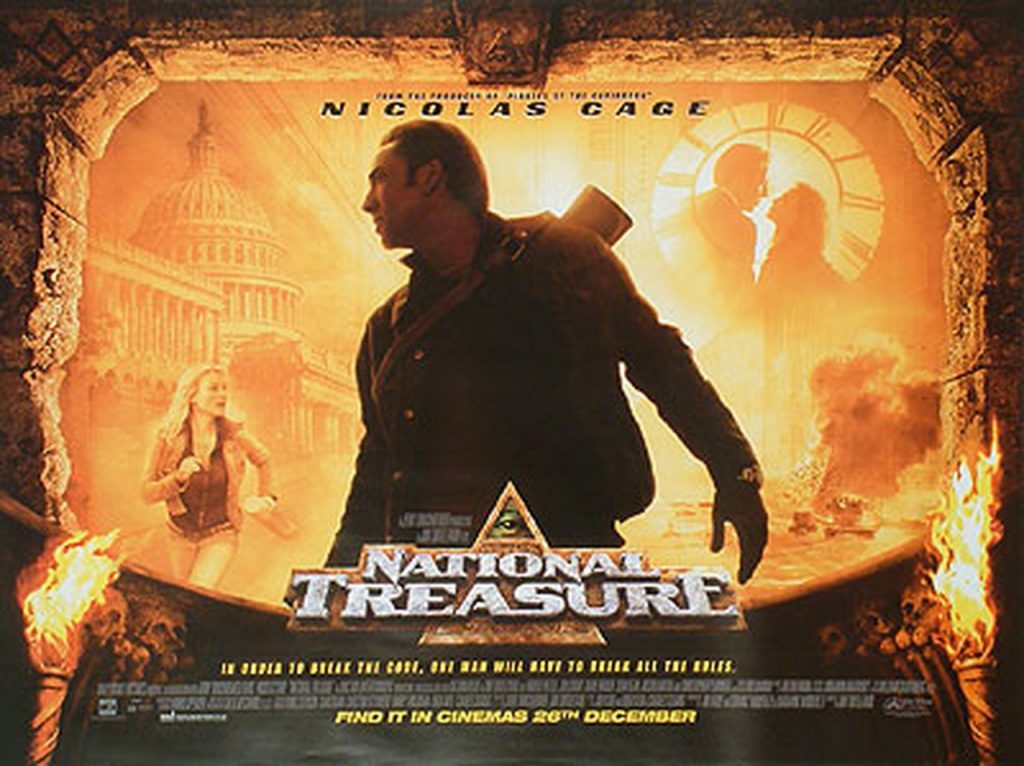 Top 5 Favorite Films to Watch on 4th of July Weekend

This 4th of July weekend is an unprecedented one. With most of the country heading full speed ahead into their second lockdown, our usual parties, BBQs, and 4th of July traditions are forced to be altered, with some being cancelled altogether. Most of us will have to trade in pool parties for in home BBQs, and bar gatherings for drinking too much at home on the couch. One thing that remains unchanged is the large catalog of favorite 4th of July movies. Since many of use will probably end up spending more hours in front of the TV than usual this 4th of July, here are my top 5 favorite films to watch this weekend.

“Nation Treasure” is a staple of Nicolas Cage’s long filmography (with more misses than hits, but that’s a different article altogether) that ranks among one of his best. A true to form summer blockbuster, “National Treasure” is an action adventure film filled with historical artifacts and retellings of historical American events. While many critics take issue with the film’s ridiculous plot (and with good reason) many agree that “National Treasure” is still a lot fun despite being ridiculous. The sequel doesn’t spark the same American nostalgia, so you would be forgiven for moving on to something else after this. “National Treasure” is a perfect 4th of July film to put on as you crack open a beer, fire up the grill, and try help to steal the declaration of independence.

Communism, oppression, immigration, child labor, and discrimination are all things you would want from any children’s film. “An American Tail” has all of the above and more. While your child will probably miss most of these themes between songs like “No Cats in America” and “Never say Never” it is still a great film to watch on 4th of July weekend. Setting its story during the early times of America through animated cats and mice, “An American Tail” was one of my favorite films as a child regardless of whether or not I full grasped its true content and message. It sets itself apart with its mature subject matter, making it one of the few animated films both kids and adults can enjoy. While not the most joyful film on the list, its story still resonates today. It peers into the humble beginnings of the birth of our nation, and is unafraid to shed light on some of our early mistakes, some of which still remain relevant.

It’s hard to imagine any summer favorite list that doesn’t include “The Sandlot.” I don’t even care for baseball, and Smalls’ summer experience doesn’t reflect my life growing up at all. And yet, “The Sandlot” manages to capture a true summer magic that everyone can relate to regardless, myself included. It beautifully sparks nostalgia for a simpler time while somehow managing to remain relevant long past its 1993 release. With an incredible cast of kids and some of the most memorable moments and quotable lines in cinema, “The Sandlot” is the perfect 4th of July weekend film.

No 4th of July weekend would be complete without “Independence Day.” Since its release in 1996, it has become culturally intertwined with American independence. The perfect blend of disaster and action sci-fi and stacked with an all star casting, the film is simply good old fashioned fun at the movies. Though viewed internationally as a pandering, borderline nationalist propaganda film, it is, at its core, unadulterated American action at its finest. Say what you want about the cheesiness of the dialogue and the muddled plot, it’s hard not to enjoy this film. Among many traditions, watching “Independence Day” on the 4th of July is one that I make sure I don’t miss.

While this may be cheating since it was just released at the top of the weekend, Hamilton still rounds out the top 5 favorites for me. The film deserves to be here despite being a late addition. “Hamilton” tells the story of the creation of America and founding fathers that crafted it. It is a testament to revolution and the very roots that our nation was founded on. And it’s all done through wonderful, catchy music and beautiful stage production. It has been available for less than 24 hours at the time of this writing and I have already watched it twice. This film has earned its spot in the room where it happens. And as time goes on, I believe it will be added to more and more 4th of July weekend lists. No reason to wait for it. For more about the new film on Disney Plus, you can read my “Hamilton” review here.

Though we may not have the same opportunities available to us this year, films are always there to celebrate with us. So while we may not all be able to gather together, wrap ourselves in American flags and watch firework shows in stadiums, we can still get patriotic in the safety of our homes by watching films that spark the true 4th of July spirit.

What are some of your favorite 4th of July films that you’ll be watching this weekend?