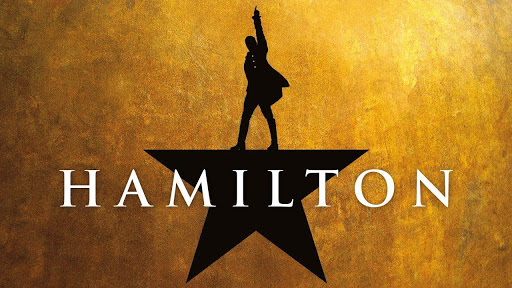 Whether you’re a diehard fan, a casual observer, or a contrarian bent on never watching “Hamilton,” it is almost impossible to find someone that hasn’t heard about the hit broadway musical. A hip hop re-imagining of the birth of America and the men and women who helped shaped it, it is a once in lifetime achievement of music and storytelling.

Filled with both musical and casting diversity, “Hamilton” is emotionally powerful from start to finish. Due to its larger than life production, many missed their opportunity to see the show live. So, Disney+ opts to bring the show to you, in the comfort of your own home where many of us are forced to remain in. Timely in its release and message, “Hamilton” on Disney+ achieves the impossible and lives up to the hype.

It should be noted that I am a true “Hamilton” fanboy and this is far from my first experience with the show. I’m the guy who will sing you the entire show from beginning to end unprompted and not miss a word. I have seen the show live, and have participated in more than one Sing-A-Long event with fellow HamFam geeks. Needless to say, short of seeing the original cast on Broadway and meeting the cast, there isn’t much left to experience for me. This is important, because if anyone should have apprehensions about the success of “Hamilton” on Disney+ it would be me. For someone so familiar with the show (I have even read “Hamilton The Revolution” cover to cover) there is the challenge of giving me something new to experience. Amazingly, the Disney Plus release still have some tricks up it sleeve.

Perhaps the biggest risk releasing “Hamilton” on a streaming service is opting to keep it on the stage instead of reimagine it as a film adaption. Unlike “Rent“, “Chicago“, and many other Broadway musicals from the stage to screen, “Hamilton” is a high definition version of the stage production. It quite literally brings the musical untouched to your screen, filmed at the Richard Rodgers Theater in New York City and performed by the entire original cast.

What makes this move successful is the film production choices. Close ups and sweeping shots are carefully chosen and edited to give viewers something new to experience. For the first time, we are given a first hand look at every facial expression of our main characters. It helps viewers match the acting prowess with their incredible vocal talents. Every smirk, smile, and frown is on full display here, adding a new layer of emotional context to an already multilayered story. The carefully crafted production decisions breath new life into a show already thriving.

Another pay off is being able to appreciate the care and work that went into the actual stage production and costumes. From a birds eye view, you’ll be able to admire the spinning stage and lighting, but because of the care that went into the editing, there is a new admiration for all of it. The jacket colors are more vibrant and every jewel on the King George’s crown shines brighter than ever before. The work of the ensemble is on full display here, too.

Constantly moving in the background while also tasked with literally moving it around the stage, they often overlooked in lieu of the show’s stars but not here. We are treated to the true scope of work that has gone into creating this phenomenon, some of which are a treat for both fans and newcomers alike.

Lastly, the decision to release it almost a year and half early due to COVID-19 was a better choice than many realize. Sure, it was probably motivated by Disney hitting the panic button, hoping to generate subscription revenue with many of their streams shut down currently. But by telling the story of America through the voices and faces of minorities, “Hamilton” seems more relevant now than ever. With everything going on around the country and kicking off the 4th of July weekend, putting the birth of America on display, faults and all, seems purposeful and necessary.

Whether it’s your first time experiencing it or you’ve been waiting for it since it was announced, “Hamilton” on Disney Plus exceeds all of the high expectations set upon it. I know just about everything there is to know about the musical, and I was still given something new to enjoy and appreciate. “Hamilton” retains its magic, and despite any apprehension does not throw away its shot.

“Hamilton” is now streaming on Disney+.