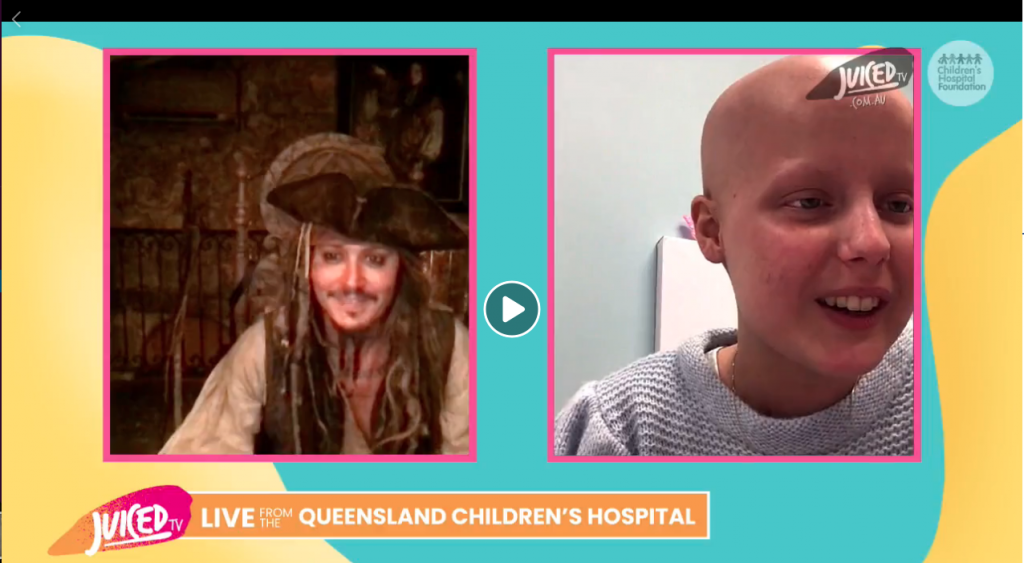 Johnny Depp may be going through a lot with his current lawsuit with Amber Heard, but that doesn’t stop him from taking time away to do something nice for people. He’s always been good at keeping people’s spirits lifted. Especially when it comes to kids who are stuck in the hospital.

The broadcast was live on Facebook through JuicedTV, and he even spoke in Jack’s signature accent. Kids from all over could tune in and watch if they wanted to. He spoke with three patients named Gabby, Asha and Thomas and answered questions an played games. When one kid asked him what animal he would like to be he responded “a ferret.”

It’s just one example of how he likes to please the fans. He’s also been known to show up at Disneyland unannounced and dress up in full garb to surprise people on the Pirates of the Caribbean ride. He knows that the fans help the world go round, especially his world.

In the call he also thanked the medical staff that works so hard for the children. “You guys work — all the nurses, the healthcare workers, the doctors — you work like absolute heroes.”

It’s a nice break to be able to write something good about what is going on with Johnny. There is that terrible lawsuit that he is still going through which should hopefully be finished with soon so that the two can both move on. In the meantime he’s thanked the fans excessively for sticking by him even when things weren’t so clear.

If you’ve been keeping up with the “Pirates of the Caribbean” franchise then you know that they’ve also announced a new film. This time it will be a stand-alone story starring Margot Robbie. And if you want to read our rankings on top five pirates movies, check it out here.