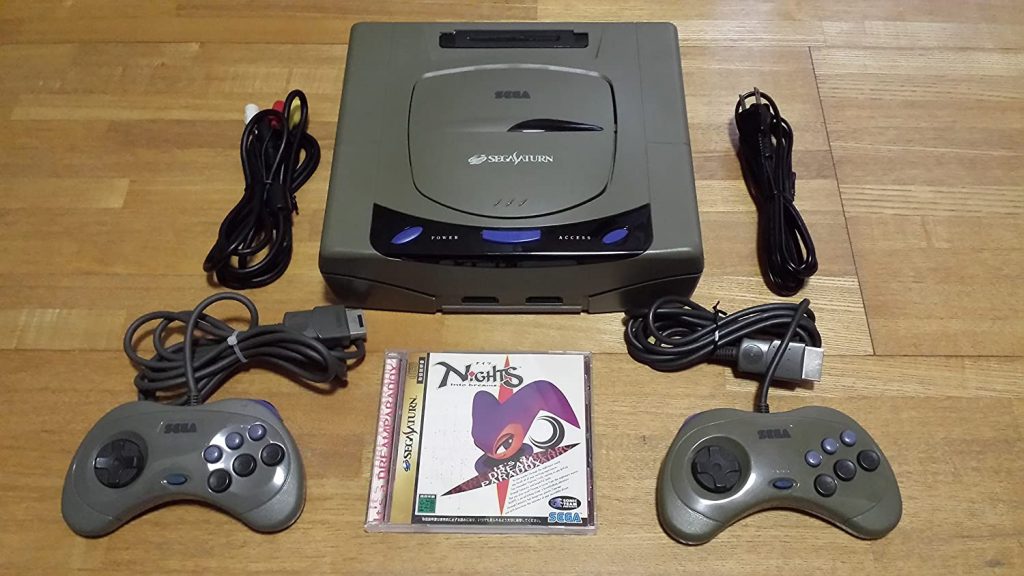 Sega Saturn while released in Japan in November 1994 took a half year to come to the United States. And when it came we were ready for it. May 11th, 1995 they hit the shelves and the kids into anime and Japanese culture dove for them. We begged our parents and while some succumbed to our pleas others did not. And those kids like me were very very sad. Because the chance to play Japanese games and gaze upon those sweet graphics was just too much to pass up.

It wasn’t until YEARS later that I was able to find one at the Good Will. They didn’t know what they had and sold it to me with controllers and cords for only $5. It was meant to be. The problem then was what to play on it. My husband had attained a copy of D which he played but I wanted something more. That was when I went down the rabbit hole and learned how to burn my own ISO’s and made myself a booty copy of Magic Knights of Rayearth. The trick was you had to pop open the cover and close it at Just the right time. And then I got to see this..

Now if I could only get that ever elusive copy of Sailor Moon Super S for the Sega Saturn I would be the happiest girl in the world. Oh did you not know about it? Let me show you the preview to it here…

The above video is a side by side comparison how it played on the Sega Saturn vs. Playstation. Both of which I didn’t have(Thanks mom and dad). But for many kids who did have the systems part of the fun was getting a hold of these Japanese games. Other’s played the more mainstream ones which included..

Doomed from the start

On 11 May, at the E3 event, Tom Kalinske went on stage and announced that the Saturn was not only launching early in the US, it was already on the shelves – at the basic price of $399. The reason for this was to beat out Playstation on the sales but it backfired majorly. Retailers were not prepared to sell the units because they thought they had more than enough time to stock them and update their inventory. It was supposed to launch in the fall which traditionally it would have. But they feared the rivalry with the Playstation would be too much. And they were right.

In the end Playstation won over the audience with “a brief presentation” dubbed the price heard around the world.

Despite the rough start we still love it

According to Greg Sewart of 1UP.com, “the Saturn will go down in history as one of the most troubled, and greatest, systems of all time”. And that is very true. It was the elusive unicorn for some while it will remain others favorite system for a lifetime. No matter where you stand on the Sega Saturn we should all stand up and acknowledge that it was history in the making.