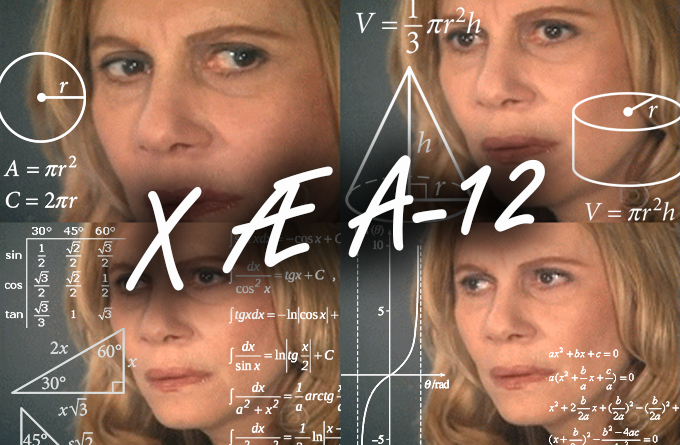 Celebrities have given their children some truly bizarre names over the years. Banjo, Everest, Indiana, and Marmaduke are just a few of many obscure names celebrities have come up with. As usual, Elon Musk could not settle with keeping things at the average level though. Musk took naming his child a step farther, by adding numbers and a long explanation.

Yesterday, May 5, Musk and Grimes welcomed a bay boy into the world. Early that morning, Musk posted a photo of himself holding his new son.When fans asked for the beautiful boy’s name Musk responded with “X Æ A-12.” Naturally, a lot of people wondered if the response was just Musk messing with them. However, earlier today Grimes confirmed that the name is real.

In her Tweet, Grimes breaks down the meaning of their son’s name. The ‘X’ stands for the ‘unknowable variable’; ‘Æ’ stands for Grimes’ ‘elven spelling’ of love and/or artificial intelligence; and the ‘A-12’ is the precursor to the SR-17, the couple’s favorite aircraft. She goes on to say that the aircraft has ‘no weapons, no defenses, just speed. Great in battle, but non-violent.’

The meaning doesn’t stop there though. The ‘A’ in ‘A-12′ is also short for Archangel, which is Grimes’ favorite song. It’s unclear which song titled Archangel she is referring to. No posts about pronunciation of the baby’s name have yet to be made. However, multiple news publications and Twitter users have suggested that the ‘Æ’ may be pronounced as Ash. One user even suggested that the baby’s name could be pronounced as ‘A Ash Archangel.’ The couple had chosen the name for their son long before his birth, but chose not to release it to the public because it’s “too avant-garde.” In the meantime, can someone please make this kid a commemorative keychain? This is definitely a name you won’t ever see in a souvenir shop.