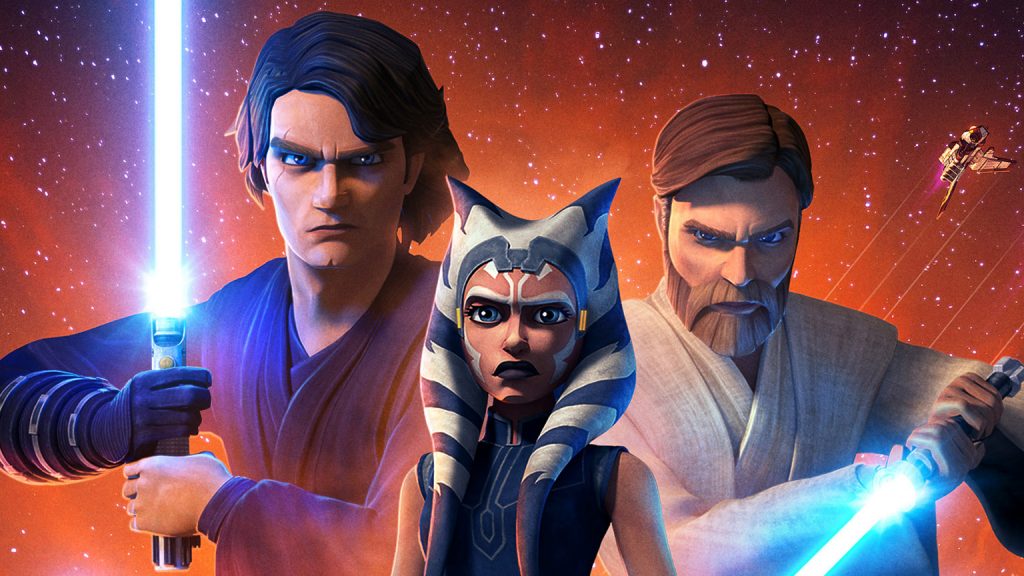 As Star Wars has proven time and time again, it’s a surefire success at the box office. Despite critical and sometimes even audience reception, they are still ranked as some of the highest grossing films of the decade. However, they are limited by the medium; desperately trying to expand the universe while telling a complete story in one contained film. Enter Star Wars Television. With hits like The Mandalorian and Clone Wars, they are able to really let loose and draw out subplots and characters for more than the films can.

It is because of this that Clone Wars may be the best kept secret of the Star Wars universe. While it has no shortage of viewers, there seems to be a hands off approach for some of the more casual Star Wars viewers. The mistake there is that the Clone Wars season 7 proves what the galaxy far far away is capable of doing. With some of the best cinematography, direction, and story telling Star Wars has to offer, Clone Wars season 7 is an emotional conclusion that beautifully ties to the galaxy we already know.

The return of the Clone Wars for one final season has been a key factor in holding on to the Disney+ subscription. While I would love to tell you all about why the entire series should be at the top of your list for any Star Wars ranking, for the sake of not dribbling on for too long I will only focus on the final season. I will also do my best to keep it spoiler free. I will also split the review into the arcs as presented in the series.

Inextricably tied to the events of Revenge of Sith, season 7 opens with The Bad Batch storyline where we follow the misfits of the clones on some of their dangerous missions. These misfits are your classic action hero team up; the brute, the sniper, the tech and the fearless leader. It all feels so familiar in the best of ways, drawing upon all of the things we enjoyed about the Clone Wars in the past while giving us some classic action adventure tropes. It is clear that the showrunners wanted to start with a bang, giving some new characters in albeit Star Wars situations. Here, our heroes are constantly stuck in predicaments and have to work together to get out of them. Though not an uncommon plot for the Clone Wars, following the Bad Batch is welcomed return to the series. With gorgeous visuals and a well paced story, this arc sets up the season to be some of the best the series has to offer.

Things come to a halt with the introduction of Trace and Rafa. No stranger to dull kid friendly storylines, the Clone Wars often launches into some silly and less interesting arcs. It shouldn’t come as surprise that they would do that here, but in a season that shouldn’t have any wasted episodes, it is an odd choice to do so. Meant to reintroduce Ahsoka Tano after leaving the Jedi Order, she embarks on some side quests to smuggle spice and get into it with some shady individuals.

While Ahsoka is easily the fan favorite, these episodes seem like a wasted opportunity to bring her back to the forefront. Especially coming off The Bad Batch, the introduction of Trace and Rafa seemed like a misstep. Neither of these characters are very interesting or compelling, and the plot doesn’t really serve to tell us who Ahsoka is becoming without the Jedi. This is an arc that you can get away with in say, season 3. But this is it, we’re done after these episodes. So it seems very ill advised to give a 4 episode arc to lackluster storytelling knowing full well they’re capable of so much more.

If a show were to ever redeem itself almost immediately, the last 4 episodes of season 7 are the best Star Wars can get. I will pit this statement against any of the more recent films starting all the way back with The Phantom Menace. This is peak Star Wars. Emotional and tense, there isn’t a single wasted moment here. Continuing to follow Ahsoka as she seeks to track down Darth Maul (spoiler alert: he has survived his run in with Dark Sidious) we watch her story arc as the events of Revenge of the Sith unfold in the background.

These episodes are prime examples of why people tell you that you should be watching this show. There is some true mastery of filmmaking here, with top notch cinematography and pacing that even some major film directors can’t seem to capture. From the Hannibal Lector like horror elements of Darth Maul sensing the beginning of Order 66 while in captivity, to the touching moments between Rex and Ahsoka, the concluding episodes of season 7 couldn’t be any better. While it concludes definitively, I couldn’t help but find myself wanting more. It’s THAT good.

The Clone Wars season 7 is truly remarkable. Minus the few episodes that feel lackluster, it is only because the arcs surrounding those episodes are better than anything we’ve seen in the Star Wars animated universe. As it heads towards its inevitable conclusion, you can’t help but be on the edge of your seat. Even as it begins to weave in the Revenge of the Sith events, knowing what happens doesn’t not change the emotional investment you have with the characters on screen. I can’t stress this enough: this is as good as Star Wars gets.

My hope is that the Mouse House continues to move forward with their Star Wars television and let the films take a back seat. Clone Wars Season 7 is an example of what Star Wars can be when given room to breath. When it is not seeking to conclude 40+ years of films into one somehow cohesive conclusion, it has the potential to achieve greatness. When you are given the ability to explore the whole of the galaxy and move away from a single family squabble, that’s when Star Wars truly comes alive.

If you don’t have the time to binge watch all 7 seasons (I know you do right now, but I’ll give you the benefit of the doubt) and still want to see how it all ends, I’d recommend checking out the 20 Episode Compilation that is available on Disney+. The Clone Wars season 7 is Star Wars done right, balancing the difficult task of providing fan service while also telling a cohesive and compelling story. If you’re looking for the best Star Wars has to offer, look no further than the Clone Wars Season 7.