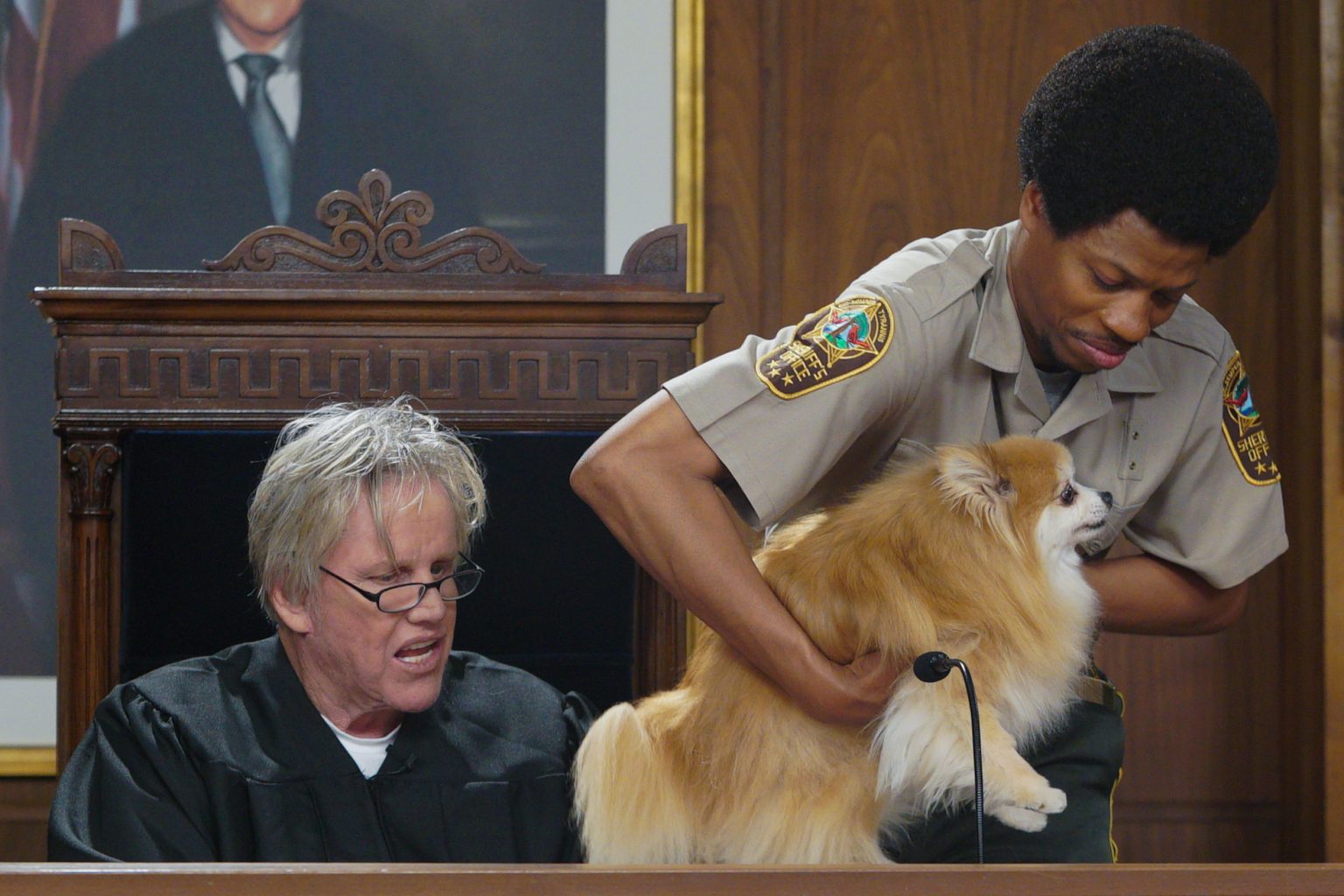 Gary Busey Hollywood’s ray of sunshine has decided it’s time to take up the gavel. Announcing a new show based on pet disputes he will be judge and jury. His new craving is PET JUSTICE! And he will become Gary Busey: Pet Judge.

The six-episode season will be available on Amazon Prime and other streaming services as well as for purchase, and will be entirely binge-able on May 25, 2020.

The series stars Judge Gary Busey as he presides over the fates of litigant pet owners. Each half-hour show presents two cases with a veritable menagerie of animals including monkeys, goats, birds, dogs, meerkats, turtles, robot raccoons, and more. Is Gary Busey a real judge?  Absolutely not. Does he know anything about pet law? Probably not. Can he look into your soul and suss out your spirit animal while delivering a verdict with a trademark Buseyism? You bet your sweet ass (the donkey kind).

The shows will feature plaintiffs and defendants locked in heated battle and mild confusion as they fight for the future of their pets. Judge Busey is aided in his job by Mike E. Winfield who shines as the helpful and encouraging voice-of-reason bailiff, Ian Abramson who caps each case with thought-provoking exit interviews, and Shadoe Stevens who lends dulcet gravitas to the entire venture.

You may think you are ready for this but we guarantee you are not. He puts the kangaroo in kangaroo court- it’s Gary Busey: Pet Judge!

Gary Busey has been preparing for this job his entire life. Sure, he starred in Point Break and Lethal Weapon, but did any of his blockbuster films require him to determine whether a cat should have a Viking funeral? Not until now. He has been anointed a Pet Judge by the State of California and he is about to dish out some serious PET JUSTICE.