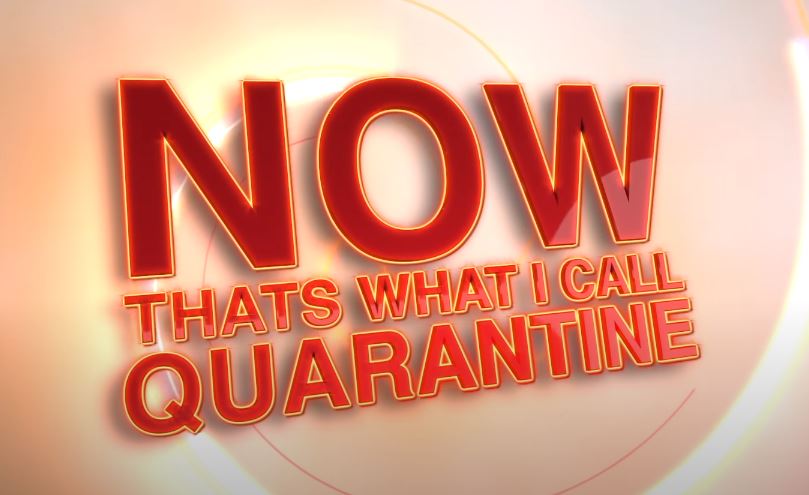 As we continue to discover new ways to keep ourselves entertained while being stuck at home the internet has had no shortage of creativity. From clever DIY face masks to Dr. Seuss rapped over Dr. Dre beats, we are using all the technology available to us to bring a little bit of joy in these trying times. Enter Jack Baca, who has created an infomercial for his hot new compilation album “Now That’s What I Call Quarantine”. A parody of the the Now That’s What I Call Music album series, Baca creates a megamix of some of the most popular 2000s hits remixed to fit the new quarantine lifestyle.

The infomercial format would be good enough, but Jack Baca also inserts himself into the classic videos in addition to changing the lyrics to talk about the current state of the world. Changing classics like The Beatles I Want To Hold Your Hand to You Need to Wash Your Hands and Creed’s One Last Breath to “Hold on now, I’m six feet from my friend and I’m thinking/ Maybe six feet ain’t far enough.”

Everything about this video is great. Baca has clearly seen a lot of these infomercials as his parody is spot on. He mimics them perfectly and it feels as if it could be a real album and a real ad on late night TV. The album includes parodies of Gotye, The Barenaked Ladies, Miley Cyrus, Taking Back Sunday, and even Kevin Rowland’s classic Come on Eileen changed to Come on Vaccine.

I’ve watched the three minute video roughly 6 or 7 times and it still hasn’t gotten old or less funny. If you’re looking for a stroll down memory lane while also laughing our present situation, Now That’s What I Call Quarantine is the album we need right now. If it were a real album it would already be on it’s way to be delivered to my doorstep.