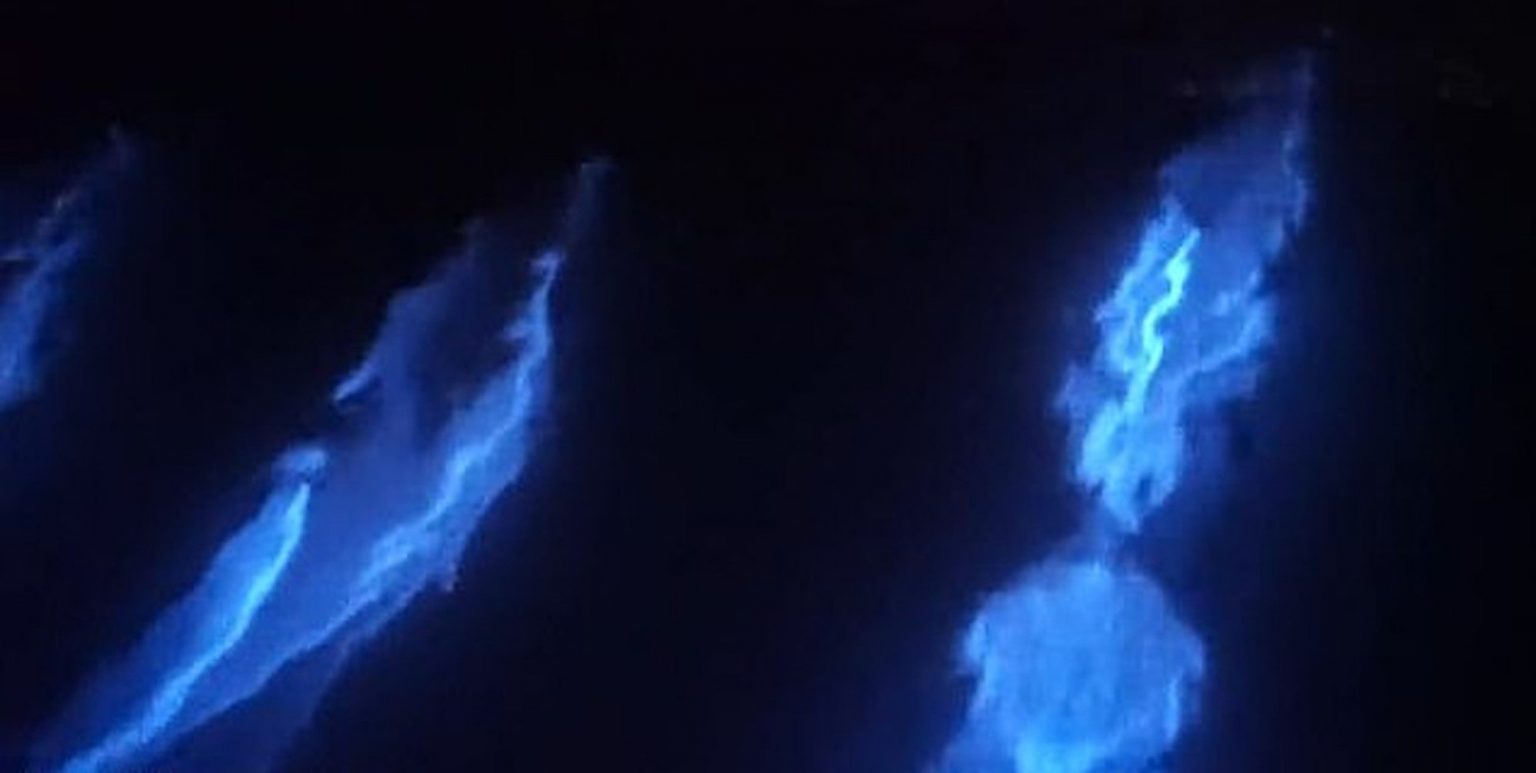 Last Wednesday, photographer Patrick Coyne captured an amazing sight while he was out in the bioluminescence of the waters along the Newport Beach Coast.  Also on board was Ryan Lawler, owner of Newport Coastal Adventure.

For a week, the news of the bioluminescence in the water drew much attention to the coast.  When Coyne went out he was about to give up on his search for the creatures swimming through the waters, two dolphins appeared and gave him an experience of a lifetime.

Coyne filmed what seemed to be glowing dolphins gliding through the water.  In reality it was the bioluminescence which caused the water to turn a neon blue, and in turn the dolphins.

“I was like, this can’t be happening. This is so magical. After the dolphins were playing with us, a few more joined in.”

Bioluminescence is the emission of light by organisms.  It mainly occurs in marine vertebrates and invertebrates, like jellyfish.

According to scientists, bioluminescence is usually used to scare off predators, attract prey, and communicate with members of the same species.

The first sign that the water may illuminate was the red tides that came in in the daytime.  However, not every red tide causes bioluminescence.

Microorganisms swim up to the surface during the daytime, searching for the light.  They then become dinoflagellates (algae), making the water appear striking neon blue.

The video can also be seen from Newport Coastal Adventure’s Facebook Page.

What do you think of this natural phenomenon? Do you think it’s cool? Let us know in the comments!