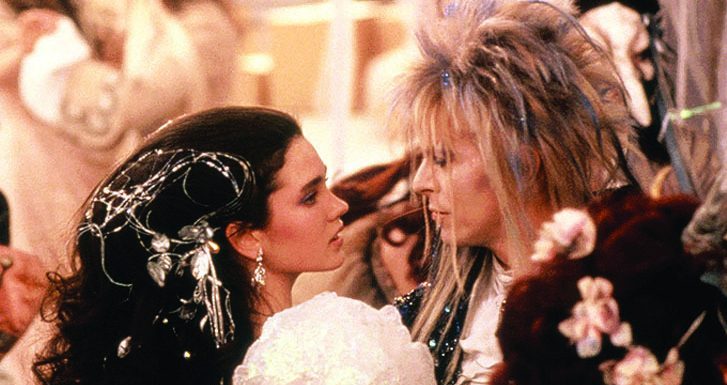 As the days pass by with a limited concept of time, it has become increasingly harder to find good news. As the world continues to weather the storm of the COVID-19, we all seem to be looking for something good to brighten up our day and give use some kind of hope for the future when this is all over. This why news of a ‘Labyrinth’ sequel comes at a perfect time to give us something to look forward to. Rumors surrounding a sequel to the cult classic has been circulating for years now, but according to Deadline an official sequel is in fact moving forward.

‘Labyrinth’ is a cult classic, starring David Bowie and Jennifer Connelly telling the story of Sarah (played by Connelly) who wishes away her little brother Toby who is taken by the Goblin King Jareth (Bowie) and she must navigate a magical maze to get him back, else he be turned into a goblin forever. Directed by Jim Henson, it was the last feature film he completed before his death in 1990. While it was not a commercial or critical success at the time of its release, it has over the years amassed a huge following of die hard fans who aren’t afraid to jump magic jump at the news of a sequel.

While the film is full of bizarre characters, puppeteering and some images that are straight from your nightmares along with the undeniable Bowie Bulge, it has no doubt left its mark on many generations. There are some that are opposed to a sequel, wishing to not taint the legacy and magic of the original. However that is not deterring anyone as the sequel is officially happening and moving forward. Set to be directed by Fede Alvarez (Evil Dead and Don’t Breath) and co-written by Jay Basu and Nicole Perlman (co writer for Guardians of the Galaxy) the talent behind the scenes seems like they are setting the sequel up for sucess. Alvarez told Deadline, “Labyrinth is one of the seminal movies from my childhood that made me fall in love with filmmaking. I couldn’t be more thrilled to expand on Jim Henson’s mesmerizing universe and take a new generation of moviegoers back into the Labyrinth.”

While it will be sad to revisit the world without the musical stylings of Bowie, returning to the Labyrinth is a journey I’m willing to take. With a proven director and writers at the helm along with a genuine love for the source material, it seems the sequel is set to be a highly anticipated for fans who want to be reminded of the babe.