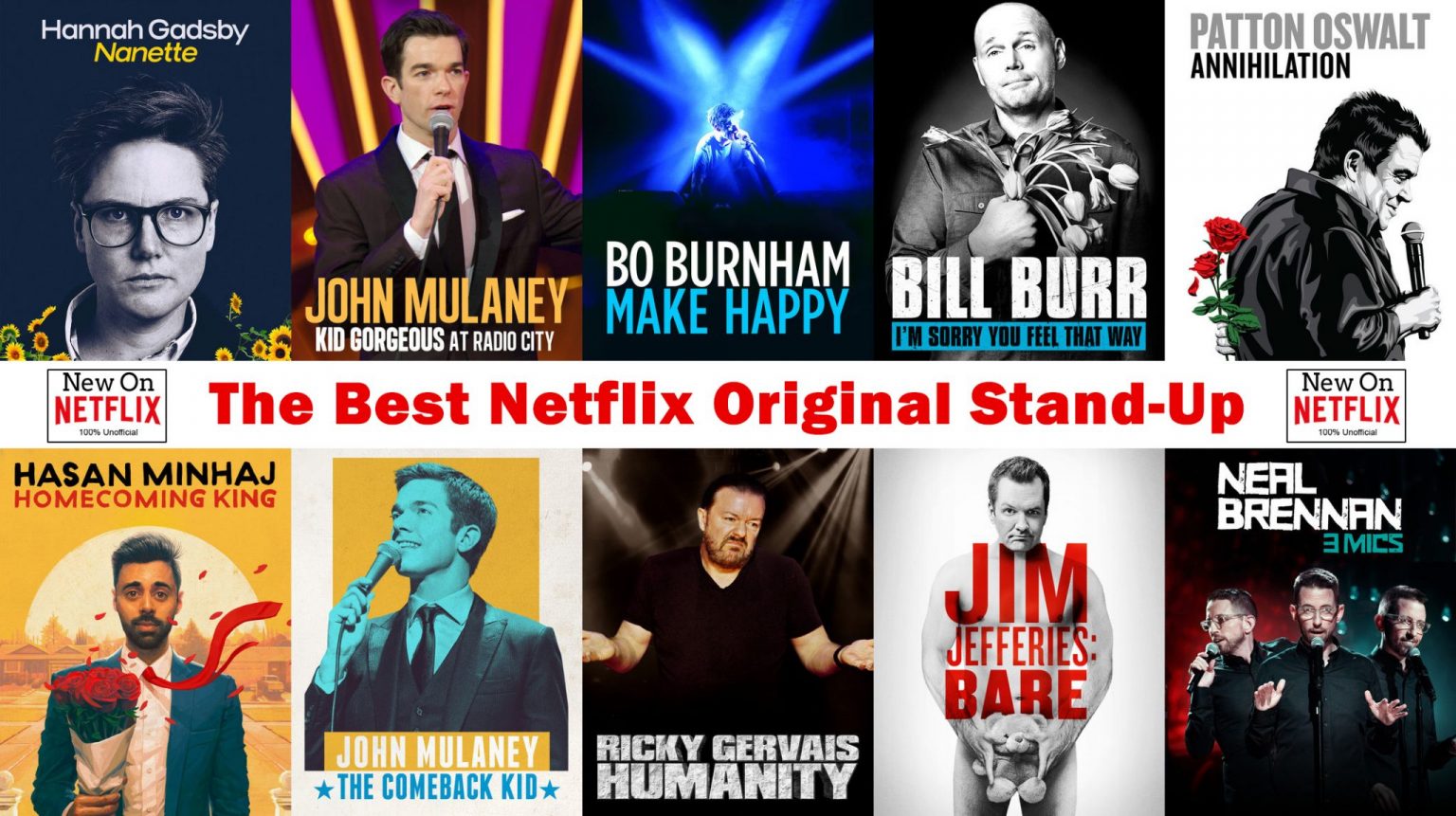 Anyone who has ever browsed Netflix knows that there a ton of stand up specials to choose from. It seems like any comic who has every held a microphone gets a Netflix special these days, and it can difficult to find ones that hold up over time and deliver maximum laughter. Now more than ever, creatives like Stand Up Comedians are needed, providing and escape from a seemingly endless and hopeless world outside. As a stand up comedian myself, there are a number of specials that have popped up that I wish didn’t exist (Ken Jeong’s You Complete Me, HO comes to mind) and quite a few that stay in my Watch It Again category. Since comedy is subjective, I cannot in good faith dictate what makes you laugh. However, here I will highlight some of my personal favorites and hope they spark joy for you as they have for me.

The first special to make the suggestion list is Taylor Tomlinson: Quarter-Life Crisis. This one makes the list with a little biased, since I have known Taylor since she started stand up. Even back then in the open mic scene of bars and unpaid club spots it was apparent that she was made for stand up and would eventually pass all of us. With an awkward charm and a uniquely relatable stage presence, Tomlinson breathes fresh air to a saturated market in a must watch stand up special. While I’m personally not one to shy away from vulgarity, Taylor leans more into funny stories about edibles and weddings over countless f bombs, making her more watchable than some others on the list. Taylor is definitely a star in the making, a comedian who’s name you should do well to remember because you will be seeing a lot more in the future.

Perhaps one of the best joke writers of our generation and no stranger to the spotlight, John Mulaney’s Kid Gorgeous is as good as Mulaney gets. A SNL Alumni with no shortage of hilarious celebrity stories, Kid Gorgeous is a highly quotable special filled with punchline after punchline you’ll be wanting to retell poorly at the water cooler when the offices finally open back up. Mulaney has a knack for taking the most mundane ideas and transforming them into universally hilarious jokes, something only the elite of stand ups are capable of doing time and time again. Netflix has no shortage of John Mulaney specials and all of them are good, but Kid Gorgeous is a statement of talent and genius, cementing his place among the best of the best and delivering a ton of laughs per minute should you choose to check it out.

A true hidden gem in the Netflix Category, Russell Howard’s Recalibrate is one of my favorite discoveries to date. Self aware and not afraid to take a crack at any topic from politics to porn, Howard should be a much bigger star in the US than he is. As you’ll probably be able to guess I have a bit of soft spot for British comedy, but Russell Howard is a stand out even among the best the United Kingdom has to offer. With boyish good looks and over the top silly stories, Recalibrate is one of the funniest specials you can find as you deep dive into the depth of what Netflix has to offer. Frankly there just isn’t enough of him, and I’ve been eagerly awaiting more of his content to land on the international platform. For now, this one will just have to be on repeat.

If you’re the kind of person looking for a comedian who seems to understand how to turn dark subject matters into laughs, than Daniel Sloss is the comedian you’ve been looking for. With two specials available and another one on HBO, Dark and Jigsaw are examples of how anything can be funny if the joke is good enough, and rest assured, they are. Sloss is easily one of my favorite comics working today, mainly because I am a huge fan of dark, taboo humor done well. The Scotish accent and boyish good looks help soften the blow of the subject matter, but it is important to be aware that Sloss pushes a lot of limits joke wise and does so on purpose. He expects you to get offended at his material and calls you out for doing so, so if you’re a dad jokes kind of person and do particularly want to hear jokes about death and failed relationships, Sloss may not be for you. However, if you’re game for something dark and different, Daniel Sloss is absolutely the go to for you, and he will act as the mouthpiece for the things you’ve thought but never believed you could say out loud.

Out of all of my recommendations, James Acaster has been saved as the best for last. with just under 4 hours of content to watch, Acaster is my go to Netflix pick whenever I can’t decide what to watch. I have probably watched all 4 of his specials more times than I’d like to admit, but that should tell you how good it is. Like all comedy, there is a lot of subjectivity when it comes to what we love and what we don’t, but for me I just can’t get enough of James Acaster. Absurd, Silly, and original, Acaster is bursting with life and uniqueness, giving us content that is truly unlike anything else on Netflix. I won’t lie, Acaster is not for everyone being an absurdist comic with very experimental ideas and stage presence, but if you’re looking for something new and unheard of, James Acaster is exactly what you need right now. These specials have infiltrated my every day vocabulary, quoting him to people who have no idea what I’m talking about but I do it anyway because I just can’t help it.

So there you have it, a collection of comedy specials you probably didn’t know existed but you should definitely check out. Netflix gives stand ups an opportunity to reach an audience they didn’t even know were out there and likewise gives audiences a chance to discover something new to brighten up their day. There are a number of specials that didn’t make the list that I watch on a regular basis which is a testament to Netflix providing more jokes than we can even handle. But we could all use a good laugh right now, and I hope these highlighted specials bring you the laughter you deserve.