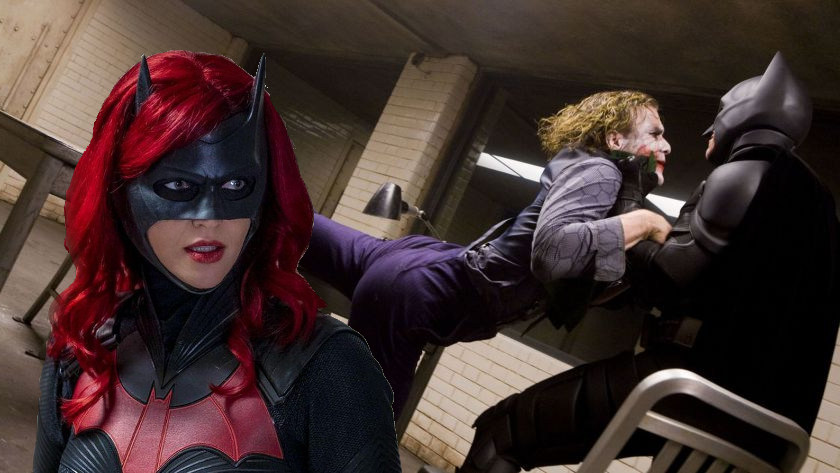 While he doesn’t use the phrase directly, its heavily implied that Bats broke his code ; a confession given after Kate had done so herself and has just started talking to Luke about it.

“Ever wonder why the Joker hasn’t reared his head in five years? He’s not in Arkham Kate … Both you and Bruce stared into the Abyss,” says Luke to Kate.

This revelation was part of an emotional end-cap to Kates’ own journey ; one where she has to learn to forgive her self and move on after killing someone. This someone being the person who ruined her family and turned her sister into a murdering sociopath.

And her own trauma was explored during the last two episodes, something she’s learning to live with without stopping herself from being the hero the city needs. And that fact that she’s sworn to never cross that line again, is something that should be touched upon again.

And as a character who has been putting Batman up on a pedestal, this could be a positive change in her realizing that he is just another infallible human. She saw the worst of Bruce during the Crisis on Infinite Earths Crossover where she met Kevin Conroys Batman.

So realizing that she doesn’t have to be like him, or like her sister, is a big revelation for her. Mistakes happen, what matters is what comes after them and whether we learn and grow from the expereince.

It’s a little disappointing that the premise of this show is that Batman is missing and that they’ve been so busy that there hasn’t really been a chance to look for him. So hopefully later seasons can solve this mystery, because as long as it hangs in the background of the show, the more distracting it gets. There’s also some timeline issues that need to be addressed.

So what did you think of this episode? Let us know in the comments down below!