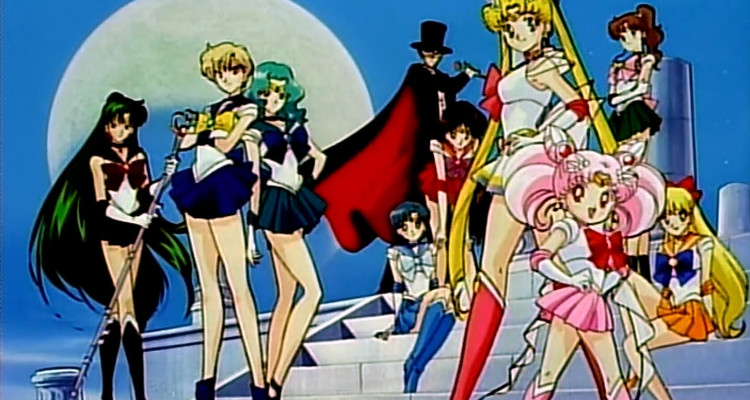 If you wanted to watch Sailor Moon classic but you don’t own the DVD’s Blu-rays or subscribe to Hulu then I have some very good news for you. According to Soranews we will be able to watch Sailor Moon on their official Youtube channel starting April 24th. They will be adding about a hundred episodes through July 23rd this year and leaving them up for an undetermined amount of time.

So far they have only announced that 127 episodes will be put up taking us through season one all the way to Sailor Moon S. With Soranews saying that the best part of the show will be included because Super S and Stars lose steam in the series. I beg to differ. Super S and Stars are wonderful series where we get to see Chibi Usa grow as well as Usagi struggle with her separation from Mamoru. Throw in the Starlights and a great story about a Sailor Senshi who was lost, abandoned and out for revenge and you have an amazing story of redemption and growth. But hey, I guess those seasons aren’t for everyone…

So if you want to know which arcs specifically they will take you through finding the Rainbow Crystals; Sailor Moon’s past and the fight with Queen Beryl; The Doom Tree saga; Sailor Moon R where Chibi Usa falls into the picture; Saving Crystal Tokyo; and the story with Professor Tomoe and Hotaru and the inner workings of the Outer Senshi. That should be about at the 127 episode mark.

This is suspected to be a lead up to gain interest in the upcoming film Sailor Moon Eternal which is set to debut the first part in Japan on September 11th. What is interesting is that they are releasing the original anime and not the current reboot Sailor Moon Crystal which is what the movie is directly a part of. But that’s ok because if you really want to watch it they have it all on Crunchyroll and Hulu as well. Crunchyroll you can watch it with commercials if you don’t have an account with them and Hulu, well you know the deal.

Now it’s been a long time coming for the Sailor Moon Eternal movie as the last time they put out an episode of Sailor Moon Crystal was in 2016. So fans have been effectively waiting about four years for the first part of what they deem to be season 4. And the kicker is that we probably have to wait years more for Sailor Stars to be adapted if they ever get to it.

TLDR: Sailor Moon is going to be available to watch for free here and I’m bitter that I’m still waiting for more Sailor Stars content and merch.

***Viz.com is also offering the entire series to watch for free right now on their website. Including the Dub for most of the fifth season.