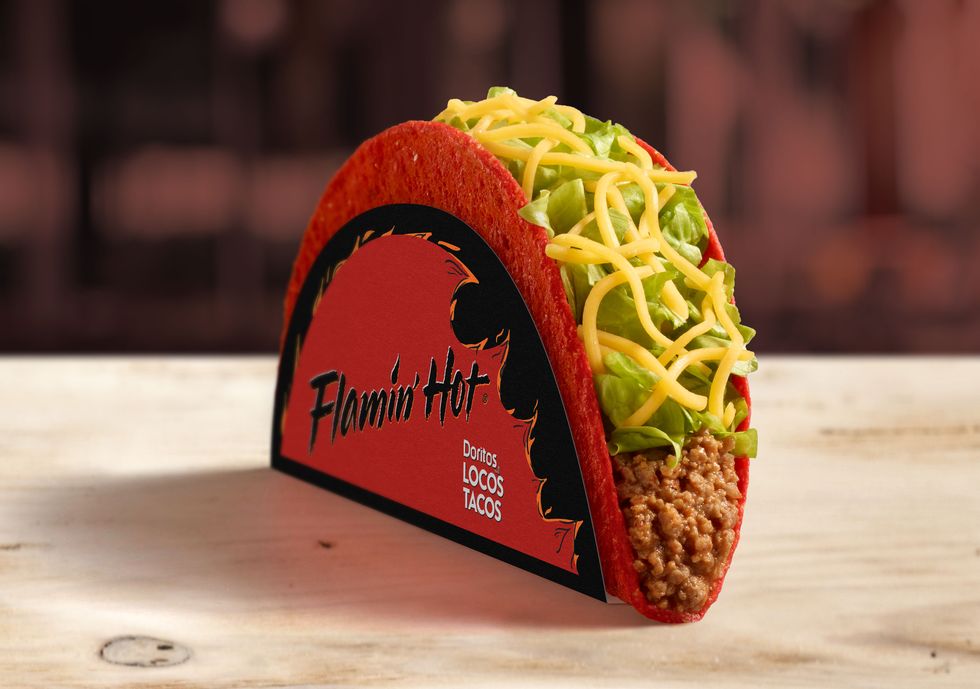 You may have heard when Taco Bell came out with a Dorito taco shell and called it Doritos Locos Tacos. We went wild over the genius idea and the world of Taco Bell has been at peace since.

But things are about to get lit! Or at least your mouth is because they now have a shell made of hot Doritos! Taco Bell confirmed to Foodbeast that this taco is indeed real. A few other sources have also confirmed this taco. The only thing left to confirm the realness of this treasure is our own mouths!

Ever since the Flamin’ Hot Dorito release last year, people have been asking Taco Bell when they were going to release a Locos Taco with a Flamin’ hot shell.

Unfortunately, while this taco has been confirmed, it is not out just yet. So don’t start driving out to your nearest drive through mask armed and ready.

From what we can tell from the photo provided is that the taco will consist of similar ingredients to its non-Flamin’ Hot counterpart (taco meat, cheese, lettuce). Foodbeast heard some rumors that it could be scheduled for a nationwide release on April 16, but Taco Bell would not confirm a release date.

So we are hoping sooner rather than later. So far during this crisis we still have fast food drive through available to us which we are grateful for. So here’s to hoping that they stay open when this new hot item is released to us.

Let us know what you think in the comments.