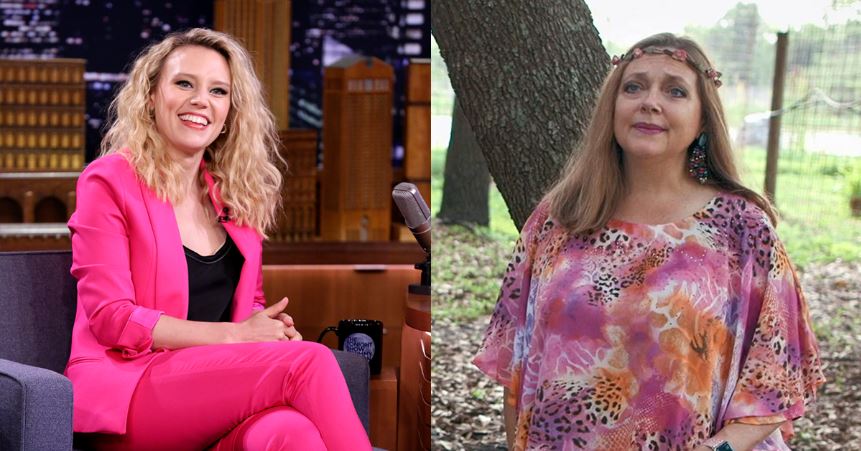 Some wonderful news came recently amid all of the Tiger King buzz, and that is that Kate McKinnon will be playing Carole Baskin in a new mini series based off the original podcast. The series is based more specifically on the six episode podcast “Wondery Podcast” which covered the life of Baskin who is quite the personality and has an interesting story.

The show is not yet attached to a network or a streamer but we do know that along with starring in it, McKinnon is also executive producing. The big question is who will the rest of the cast be? Will this be an all SNL cast? Can they get someone like Matthew McConaughey to play Joe Exotic? Who will be Joe Exotic?? Not to mention who should play Doc Antle the doctor of mystical science who has a harem of wives taking care of his entire operation.

What is so interesting about the original series Tiger King: Murder, Mayhem and Madness is the fact that it almost feels like it can’t be true. Like they are all just comedy actors and this is all one big joke. But it’s not folks, it’s completely real. Well you know, just with Netflix’s editorial narratives and how they chopped it all up and presented it to us.

“The Lord of the Rings: The Rings of Power”…

The kicker for this is that Carole Baskin has been asking Kate McKinnon to use CGI tigers instead of filming real ones. Honestly if they do decide to go that direction that would be probably the most hilarious route to do it. ESPECIALLY if they intentionally make it awkward and use really bad CGI on purpose. Please comedy gods if you’re listening make it so. Or even better, do it like they did the CATS movie. Just have people dress up.

So while we don’t have a date for production we at least know that it’s coming down the chute somewhere in the future. And when it comes to looking forward to things this is probably top of the list. At least since so many things are being postponed and cancelled amid the coronavirus panic.