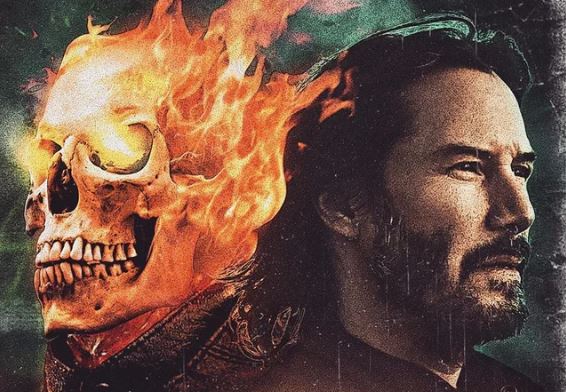 Just typing out that name sounds so fitting. Keanu would be the perfect fit for a character named Johnny Blaze. And many of his fans are coming together to say that they would love to see him enter the MCU as the next Ghostrider. Previously Nicolas Cage played the titular character and portrayed him in two films. Now since that history of Marvel is being seemingly wiped out and redone by Disney/Marvel it may be time to cast yet another icon into the role.

There is apparently a rumor going around that they are considering him for the part. But given the state of everything right now that’s probably just a rumor. As far as production and release dates go for things everything is being pushed back so if there is talk it’s just that. Talk.

Ultraraw26 on Instagram created a pretty cool mock up of how they think he would look in the role, and I have to say surrounded by fire and motorcycles never looked so cool as when Keanu was in the center of it. And it’s not as if Keanu hasn’t been talked to about joining the MCU. Kevin Feige himself has said that they talk to him about almost all Marvel movies being made.

“We talk to him for almost every film we make,” Feige laughed. “We talk to Keanu Reeves about. I don’t know when, if, or ever he’ll join the MCU, but we very much want to figure out the right way to do it.”

So even though this is just a rumor and a fan casting, we still hold out hope that maybe it can be true. Either that or make him Wolverine. Those are the top two picks. Here is another really cool image of him as Ghostrider found on Reddit.