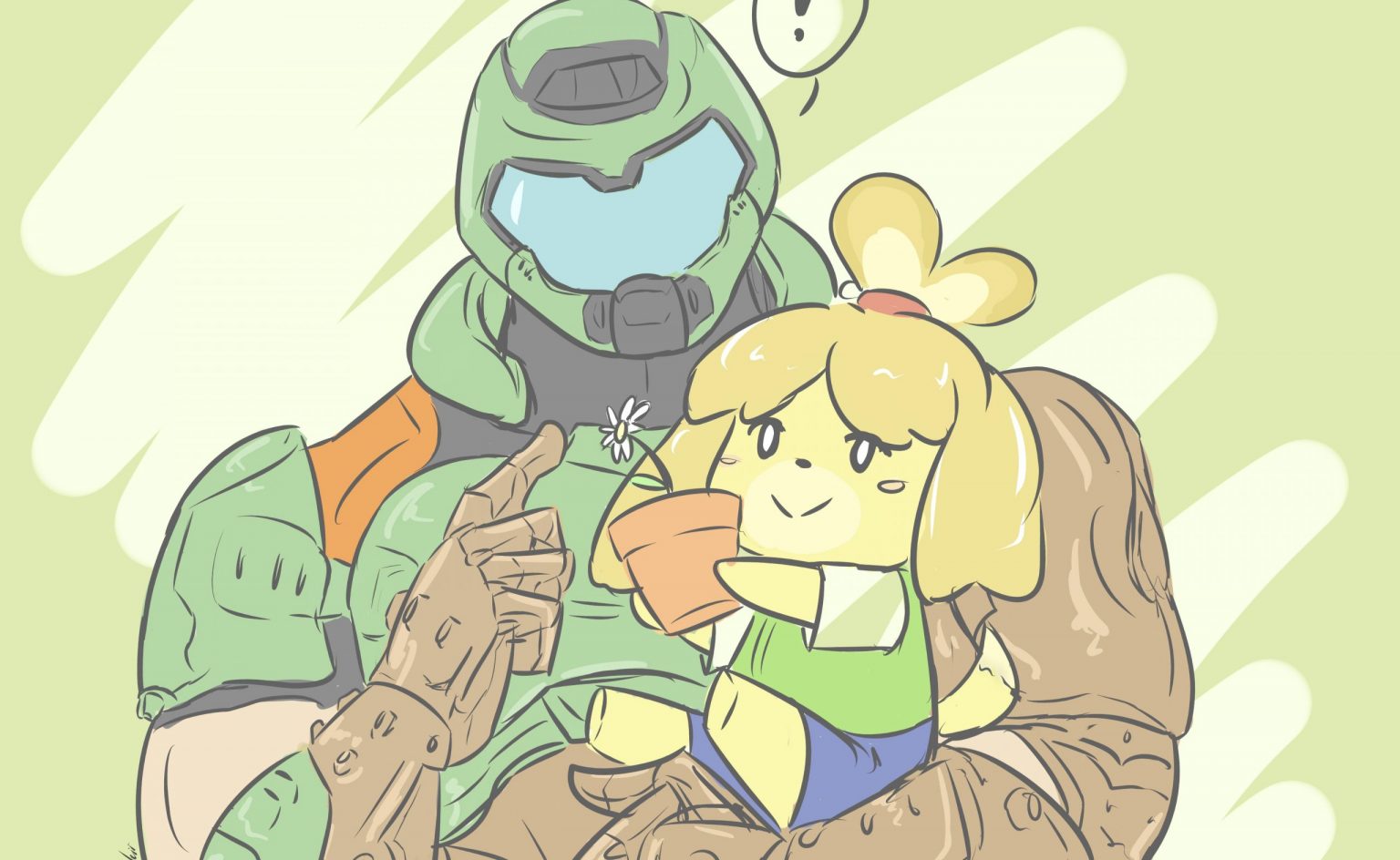 The unending dichotomy between peace and chaos is an idea that has been challenged over and over again. The theme of “opposites attract” has been beaten to death, a perpetually resurrected horse that goes down whenever two conflicting ideals meld.

So what separates the mundane pairing of polar opposites from the truly spectacular blending of peaceful and chaotic energy ? When March 20 became the release date for both Doom Eternal and Animal Crossing: New Horizons, the internet saw its opportunity. The chance to bring together two polar opposite franchises into a beautiful fandom of absurdist rage and serenity.

Polygon recounted the beginning of the fandom, noting how in July 2019 Twitter user @MrAgentStrange(s) art of the two mascots bonding gained traction in both communities. Since then, online creators have produced hundreds of meme’s, artworks, animations, and game mods.

More art pieces were made by fans, as a slow up consistent fandom grew over the weeks leading up to the games release. Even Bethesda Softworks acknowledged the fandom surrounding the two properties.

How the Pieces Fit

So the questions are, why have fans taken to this particular blend of characters and what makes this combination more than mundane. While there is the expected enjoyment from seeing these two opposites blend so well, their positions in life are what really connect them.

In Doom Eternal, players take on the role of a Doom Slayer, an ancient warrior who battles demons from hell. In Animal Crossing : New Horizons , Isabelle works as the secretary to the player. Both are these powerful entities that serve a system that would fall apart without them.

From murdering Demons that threaten the world to managing / assisting the mayors work load ; both choose to use their skills to help rather than control. While both CLEARLY can take the lead in their respective fields, they choose to serve a system that does not deserve them.

And it’s this connection, one of power yet control, that really helps to meld these two characters. The chaos and bloodshed of Doom and the Peace and order of Animal Crossing works well together.

Obviously this article is a joke, and in no capacity will they ever really cross over. But seeing fans work together to create such an absurd pairing is an example of the creativity and love fans can have towards their games.

So what’s your opinion on this pairing ? Did you read all this and now you hate me ? Let us know in the comments down below !