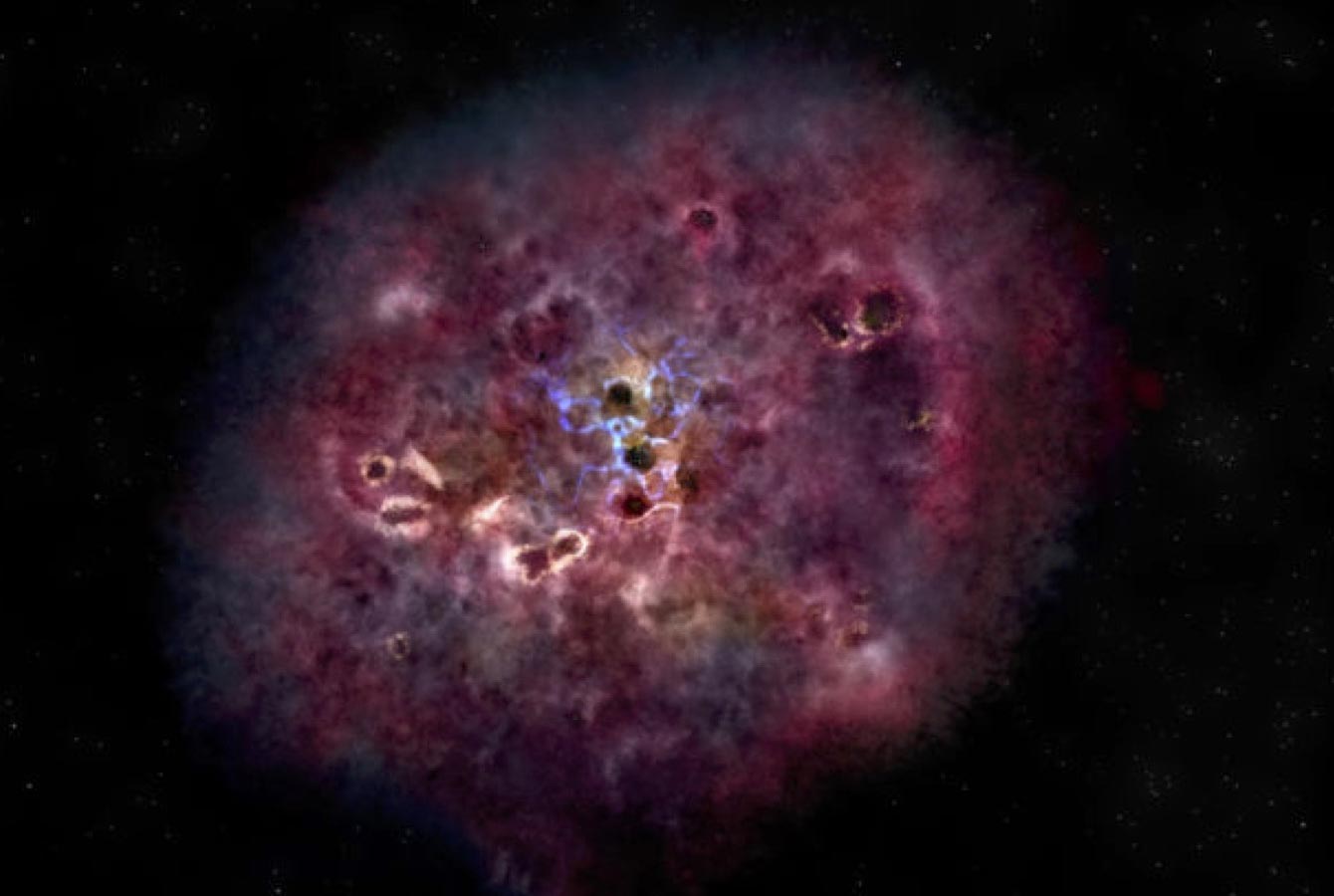 A Dead Monster Galaxy Has Been Found In The Distant Universe

Scientists have found what they think to be one of the oldest galaxies out there. Lurking in the far distant universe is XMM-2599 which they believe to be at least 12 billion years old.

The galaxy expanded at a rapid rate where a bunch of stars were born and then died. They were able to observe the galaxy from the observatory near the (dormant) summit of Mauna Kea volcano in Hawaii.

“Even before the universe was 2 billion years old, XMM-2599 had already formed a mass of more than 300 billion suns, making it an ultramassive galaxy,” said Benjamin Forrest. Benjamin Forrest is a lead study author and postdoctoral researcher in the University of California, Riverside’s Department of Physics and Astronomy.

When the galaxy was in its prime it was able to create more than 1,000 solar masses of stars in just one year. Our own Milky way is only able to create one star per year in contrast. What’s curious is that this monster galaxy should still theoretically be forming stars. It could be because of two different things, either the fuel it was using to form stars ran out, or it’s black hole began to turn on. Gillian Wilson a professor of physics and astronomy cited those two conditions for why the galaxy mysteriously just died.

While we caught the galaxy in its dormant phase we are going to keep an eye on any developments so we can possibly find out exactly what is going on to cause it to stop forming new stars.