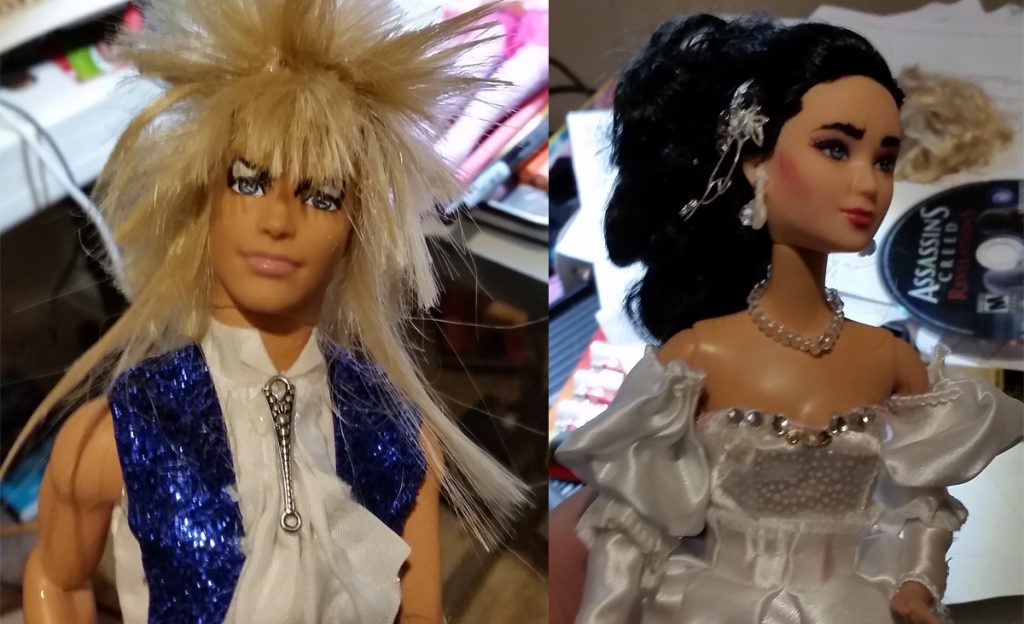 When your a parent one of the hardest things is finding merchandise that your kid can play with. I’m not talking about the popular shows like Paw Patrol or anything Disney. What I’m talking about is those instances where your kid falls in love with something like The Last Unicorn or Anastasia and you look and there’s really not much that is 1)cheap or 2)playable. Well when one dad was asked for some Labyrinth dolls which his 8 year old daughter at the time was obsessing over.

He scoured the internet to find just what I mentioned. There were home made plushies, collectors edition figures and dolls, but not something that would really be great to play with. He took it to the next level by creating his own version by repurposing other Barbies to make Sarah and Jareth. Here is the video of how he created the dolls and his story on how/why they were made.

He also posted a bunch of images on Tumbler for those of you that don’t want to watch the video. They turned out fantastic.

What a cool dad right!? What do you think of these dolls? Tell us in the comments!