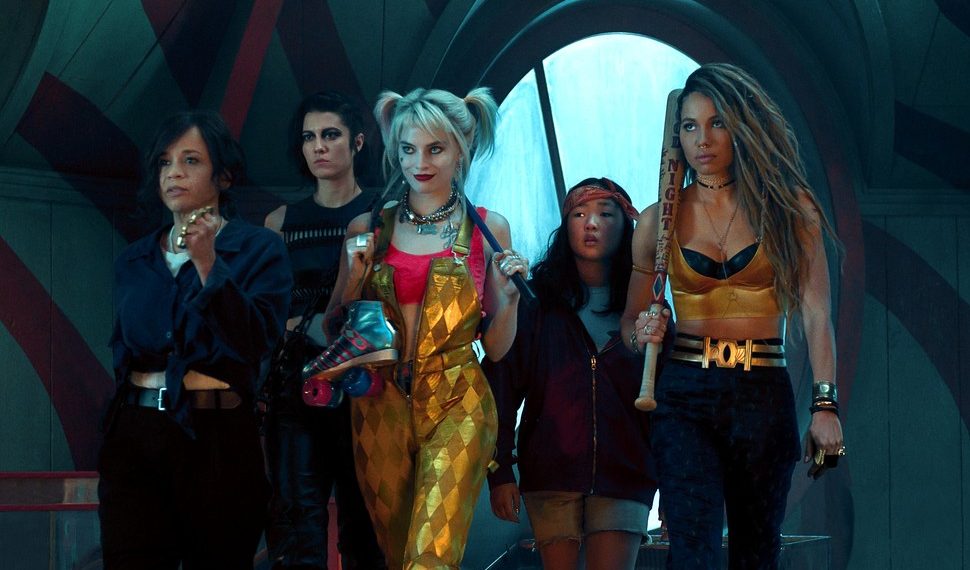 There’s certain things that are often wished for but rarely received, such as a fun time at the dentist, helpful staff at Joanne’s Fabrics, or a good movie based on more than one character from DC Comics. While the start of DC’s latest entry into their cinematic universe, “Birds of Prey (and the Fantabulous Emancipation of One Harley Quinn)“, [yes, that really is the full title] starts out a bit shaky, it winds up pulling itself together to be a really fun ride while having a bit more depth than one would have surmised out of the trailer.

Harley Quinn is the films highly unreliable narrator, and combined with the R-rating and accompanying increased violence and swearing, it does very much feel like DC’s answer to Marvel’s Deadpool films. It’s part of the film’s conceits that is where it almost does its own faceplant; it works so hard on dealing with breaking the fourth wall and having Harley correct herself, that it feels more forced than sincere. It’s when the film starts to settle down and focus on the characters themselves and then the main throughline that it really kicks into gear and engages.

Beyond Harley, Birds of Prey involves Helena Bertinelli aka The Huntress (played by Mary Elizabeth Winstead), Dinah Lance aka Black Canary (played by Jurnee Smollett-Bell), Detective Renee Montoya (played by Rosie Perez), and pickpocket Cassandra Cain (played by Ella Jay Basco).  Each of the Birds have their own storyline of being oppressed, taken advantage of, marginalized, or abused by the men around them. Montoya for example cracked a high profile case, only to have her own partner take credit for it and being promoted to Captain. Harley’s taking back control of her life motivates (and in some cases drives) the others to also re-evaluate where they are at and they wind up heading (or running) in the same direction.

The film’s requisite bad guy is Roman Sionis aka Black Mask (played by Ewan McGregor), who is a mash-up of his ubiquitous Moulin Rouge-level charm and being a hardcore villain that would make Sin City’s Kevin proud. The R-rating here works to solid effect because you have a villain who while will still pose and monologue, he’ll still skin his victims alive without blinking an eye (and keep their faces as souvenirs).

The action is solid and works around the skills of the characters at hand (of them all, only one has anything that is a genuine superpower), and the mix of the women’s individual stories all work to deliver a film that’s both enjoyably fun as well as positive messaging without swerving towards pandering.

Reflecting back on the track record of DC and Warner Bros. while there’s been a few good single-character outings (“Wonder Woman”, “Shazam!”, and of course “Joker”), but the team-ups have struggled. Coming out of the vastly underwhelming 2016 “Suicide Squad”, the character of Harley Quinn (played by “I, Tonya’s” Margot Robbie) was the standout. Now she does it again, but very much on her own terms and with a set of companions in crime that help each other carry the film to DC’s first genuine team-up success.

Birds of Prey is rated R and now playing at theaters everywhere.