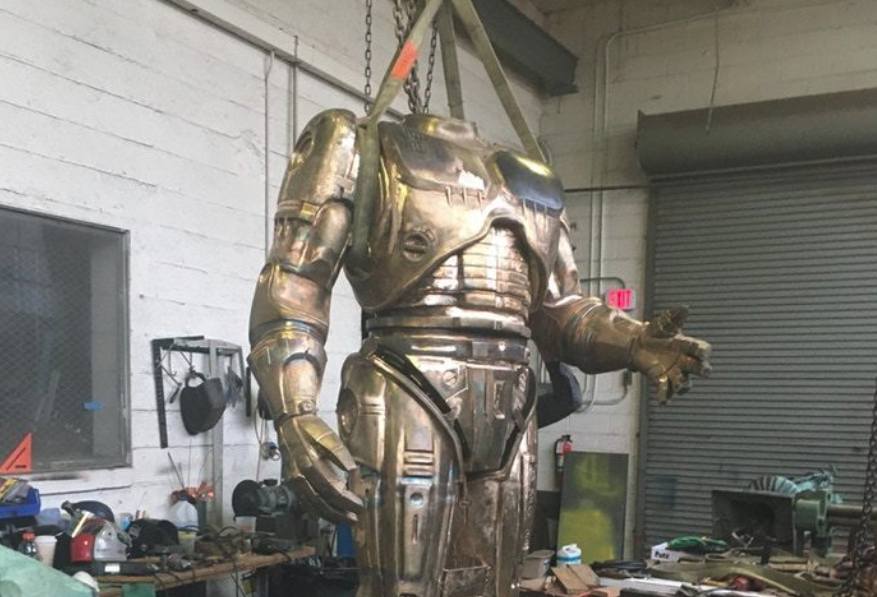 There’s nothing like a group of fans getting together to complete a common goal. And this time is was putting up a statue of Robocop in Detroit, Michigan. It’s been nearly a decade since the idea first popped up and now they are telling us that the statue will be unveiled sometime this winter. Standing tall to protect the citizens of the city.

In the update on the kickstarter they say:

With his head on, he is 11’ tall. The stainless steel base he is on weighs half a ton by itself. He is big, he is clean, he is bronze, he is perfect. Talk about looking up to a hero!

A  Kickstarter campaign launched in 2012 raised $67,436 from more than 2,700 backers worldwide. This happened after a single tweet disappointed many Robocop fans. In 2011 a tweet was addressed to Mayor Dave Bing which said that Robocop would be a “Great ambassador for Detroit”. To which he responded saying that there were no plans in Detroit for a future statue of him.

Brandon Walley and Jerry Paffendorf lead the charge to bring this dream into reality. And started up a kickstarter that was successful enough to hire Giorgio Gikas who has been sculpting the masterpiece. It’s nerdy heroes like them who change the world for the better. And bring fandom culture into the spotlight.

Puffins Prove Seabirds Are Smart Enough to Use Tools