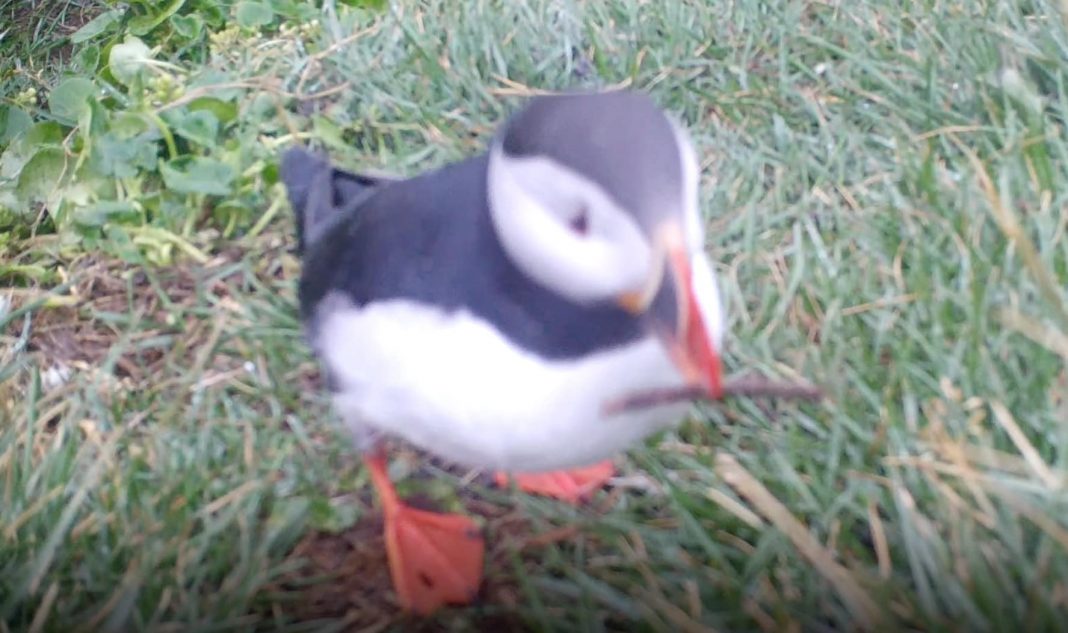 Annette Fayet who has been studying and observing Puffins for years has captured photographic proof that Puffins are smart enough to use tools. First seeing a Puffin on the water use a stick to scratch its back, she waited another 4 years until she was able to capture a moment like it on video. Giving scientists proof that seabirds, who were once thought not intelligent enough to use tools in any way, are capable of using found tools.

Other known birds who can use tools are the Egyptian Vultures who are able to break Ostrich eggs with rocks, or some parrots who are able to also use rocks to grind down seashells. Seabirds were written off because of the size of their brains but now we have more proof that they may be adapting.

What this illustrates is that the Puffins can identify a problem and find a solution. The problem in this situation is an itch and the solution is a stick. Since they don’t have arms or fingers that can scratch they had to find another way to get it done. And using a stick is really very innovative, for a bird.

Fayet also noted that the video footage was caught in 2018, which was an especially bad tick season. Ticks are the most common parasite among puffins so they may have started using sticks to flick them off. Which is again, very intelligent.

You can follow Annette Fayet’s studies by searching her on Google Scholar.

Whose Torch Will Vampire Weekend Carry?