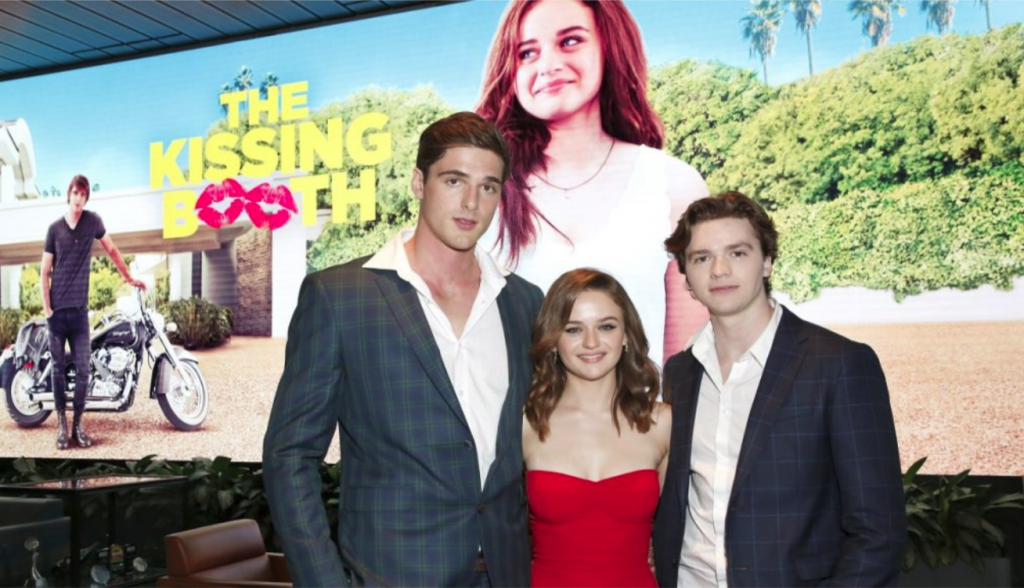 Romantic films and series seem to be currently in crisis: the Netflix-junkies complain that nothing special has come out, no films have made you want to laugh and think about serious topics at the same time. And then, unexpectedly, the situation began to turn better for Netflix, which started releasing trendy and not at all embarrassing films in this genre, proving that they still have some aces up their sleeve. The company announced “the summer of love,” that is why the new rom-coms from Netflix, apparently, will follow. Now let us present to you those series that you can (and should) watch.

“I am unhappy…” Perhaps no one would like to hear these words from their partner, especially on the day of the anniversary of their union. With these words, Molly is rethinking all three years of their relationship with Sam (Ben Schwartz – Jean-Ralphio from “Parks and Recreation Areas”). They are faced with the classic dilemma of seemingly happy people who seem to be doing well but want to know what’s next. Is this still the same relationship as they had? If so, will they regret missed opportunities? If not, why should they leave if everything is generally good? There will be flashbacks of the most romantic moments the main characters had in three years, proposal ideas, quarrels, and scandals over nothing. Sure, we’ve seen this more than once, but this one looks like real life.

Another remake of “The Hangover” for women but without a bachelorette party itself because in 2018, a girl squad doesn’t need a reason to hang out and go wild. As

superiors send Harper on a business trip to Barcelona, ​​her neighbors and part-time best friends Nikki (aka Vanessa Bayer, the star of “Saturday Night Live”) and Leah (Phoebe Robinson) follow her. Perhaps hardly realistic but quite possible scene of acquaintance takes place in the dance hall: Harper sets her sights on a handsome DJ, Richard Madden (Robb Stark from “The Game of Thrones”). He calls her backstage, and it immediately gets obvious that if this is not love, then at least something more than friendship.

It is a dark British comedy adaptation of the eponymous graphic novel by Charles S. Forsman. It tells us about the relationship between two teenagers with obvious psychological problems where each pursues his own goals. They don’t like the ordinary world – they build their own history, violating all possible moral principles and rules adults live by. The attitude to the main characters can vary from enthusiasm to deep hostility, but most importantly, they do not leave you still.

Harper (Zoe Deutsch) and Charlie (Glen Powell) are overwhelmed by their duties of office workers and want to make their bosses fall in love with each other so that they give up their hold on the assistants. To say that their plans will take a slightly different turn is not a spoiler for those who watched at least one romantic comedy. All cliche rom-com ideas and dating stuff they come up with, in fact, make them rethink their attitude towards each other. And their interaction smoothly transforms into their own romantic story.

The online-published novel originally written by an author focused on teenage literature became a base for the entire Netflix series that came out only more than a year ago but has already become a new hit. The story was published in few parts one after another, and the users of the Wattpad writing platform were able to leave comments. Maybe it was this feedback that helped the story become life and feel true.

“The Kissing Booth” tells about a 17-year-old girl named Elle who falls in love with her best friend’s brother. A pure and naive teenage relationship appears between them, but the two have to keep silent about it not to ruin the friendship of the girl with Lee.

The series has a retro-touch about it, following the latest trends of pop culture. The sincerity of the dialogues between the characters makes you believe them. Of course, the age of the author can be tracked here, and it was probably the big part of the internet community that has contributed to this piece. The plot doesn’t feel

artificial and is definitely worth watching if you are a fan of the stories about teenage love.

The friendship of two opposites – the boring nerd Gus and the frivolous Mickey – began with an accidental acquaintance. They have to check whether their relationship can remain friendly or will inevitably grow into something more. The eternal issue “is there a friendship between men and women” topped with humor and pretty exciting plot twists. We highly recommend to binge-watch it with your significant other.