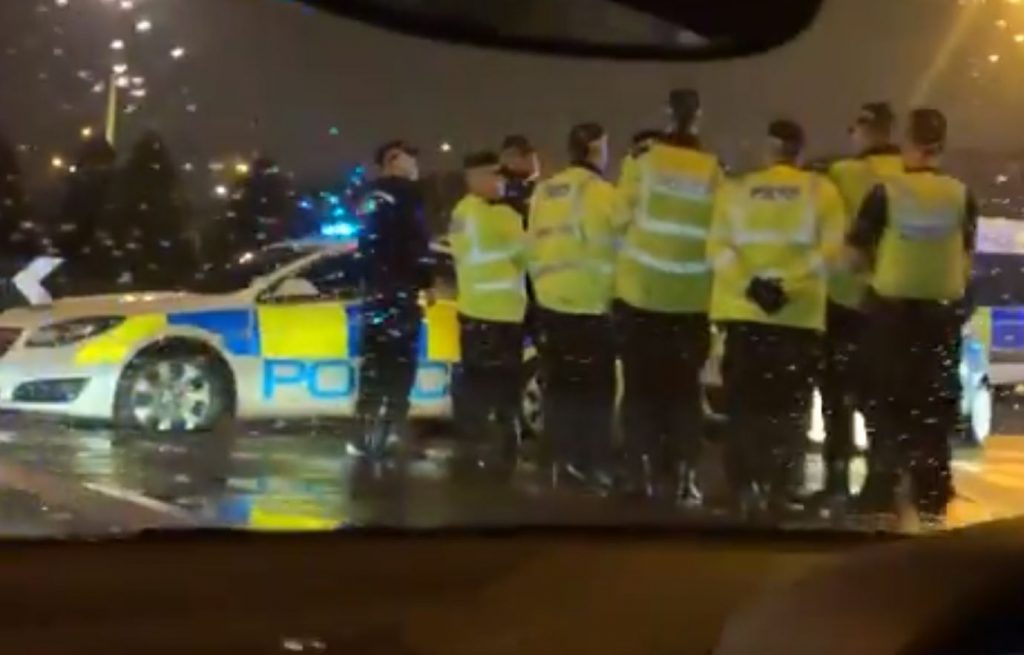 And they said Joker was supposed to incite violence…

Just yesterday on November 24th, the Independent reported that at a Birmingham cinema showing Frozen 2 disorder broke out which sparked a massive evacuation from the complex. Police said up to 100 teenagers were involved and some of them were armed with machetes. A 13 year old girl is among the arrested.

The Teens injured not only themselves but several officers as well. Police used tasers to get them in order. Investigators asked participants the reason for the outbreak and they said that it was an organised fight between two groups.

It was traumatic for those in the theater who just wanted to watch the film. One witness said that, “a young boy was crying on the floor with his mother” as the fight started. The police told everyone to leave as they brought in guard dogs and held taser guns.

The fight was apparently started when a group of girls started beating on one girl. Five teenagers were arrested. Along with the 13 year old girl there was another girl and boy aged 14, and a 19 year old man. Another boy, 14 was arrested for obstructing police.

This is a sad event that took place during a family friendly film and really just goes to show that you need to be aware of your surroundings at all times, no matter how safe you think you will be.