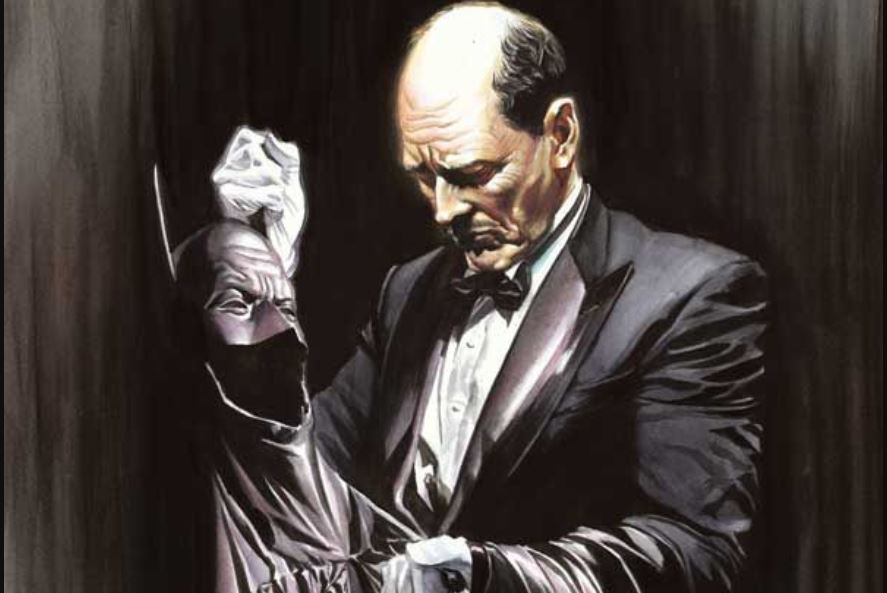 There has always been a constant character that we have all known and loved for so long. His name is Alfred Pennyworth. For years he has been a voice of reason and always supported the Wayne family. Giving them endless years of service and dedication. However Tom King’s run on Batman is another story.

For those who are not so familiar with this storyline. Bane basically took control of Gotham and therefore made it illegal for any superhero to be in the city. Well Damian Wayne infiltrated Bane’s hideout and Damian was in fact captured as he was forced to bare witness to Alfred having his neck snapped by Bane himself.

“Alfred Pennyworth served the Wayne fam­ily for decades—even through the terrible loss of the Dark Knight’s parents. His shocking death at the hands of Bane is the only event that could possibly compare to that fateful night in Crime Alley, and it leaves Bruce at a similar crossroads. If Alfred was the glue that held the Bat-Family together, how will Batman deal with that all falling apart? And if the Caped Crusader is to be truly alone, he might either hang that cape up once and for all…or double down and carry on with this vengeful quest for­ever.

Co-written by James Tynion IV (Justice League, Justice League Dark, Detective Comics) and Peter J. Tomasi (Detective Comics, Adventures of the Super Sons, Batman and Robin) with art by Eddy Barrows (Freedom Fighters), Eber Ferreira (Blackest Night, Wonder Woman), and others, Batman: Pennyworth R.I.P. celebrates the life of one of the most important people in the history of Gotham City, while also addressing questions about what’s next.”

This new oneshot was written by James Tynion IV and Peter J. Tomasi and will feature art by Eddy Barrows and Eber Ferreira.

While many people wanted to believe that in this issue it wasn’t alfred D.C comics has come out and said, yes it is indeed Alfred. And we must bid farewell.