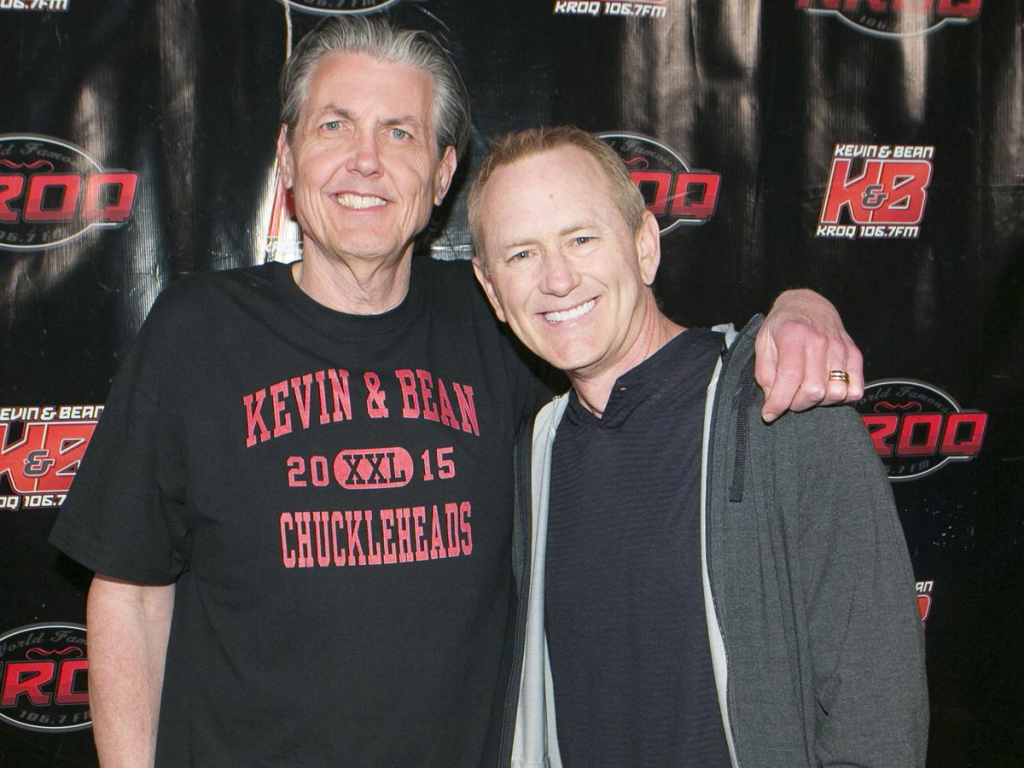 Listen up one and all, if you are around my age (34) then you remember tune in to listen to KROQ’s Kevin and Bean show. This show has delighted many for the last 3 decades and I can still hear their voices. It is with a heavy heart that as of late Thursday morning Gene “Bean” Baxter said goodbye for the final time leaving his headset to rest on the mic stand.

These two icons have interviewed countless musicians over the last 30 years including Billie Elish, U2, Jack White, and The Foo Fighters to name a few

“The most surprising thing about the hundreds of emails that I’ve gotten in the last few weeks,” says Baxter, “is how many people have been listening for all 30 years. It’s extremely humbling and extremely gratifying. And it makes leaving hard — hard for them and hard for me to give up that relationship.” The Kevin and Bean show has ranked #15 among the L.A morning shows, according to October Nielson’s ratings. No word yet if Kevin will continue on his own or if they will find another co-host.

He has always been here for us listeners even from distant places.Bean has actually been doing the show via audio and video link since the 90’s keeping us entertained while in our cars. He’s broadcasted from New Orleans, Las Vegas, and even Islands off of Washington! But currently he calls New Orleans his home.

Recently Bean sat down with Los Angeles Times for an interview from New Orleans before his final show. Where he told us about what being a radio DJ meant to him. You can read the full interview by clicking here.

Thanks for all the memories Bean, I will miss you and your witty comments early in the morning.