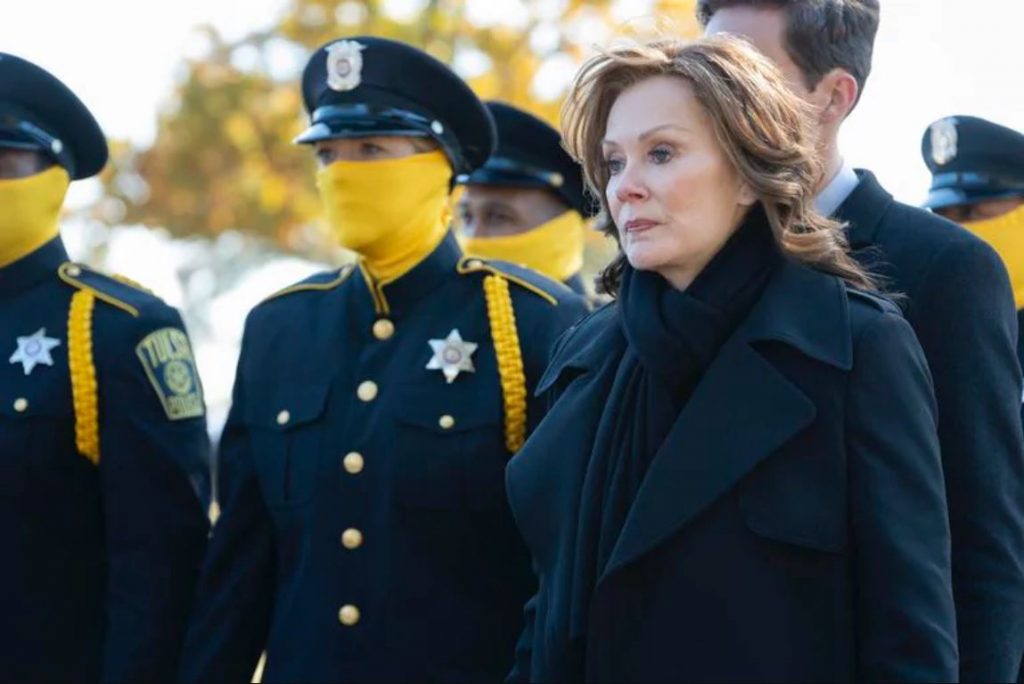 Checking In On Watchmen

In the lead up to the premiere of the HBO Watchmen series, I saw several tweets hinting that the show gets better as it gets going. Much like pretty much all of prestige TV these days, it takes a bit of time for the characters and story to take hold. Especially for a show like Watchmen which is doing the unenviable task of trying to make something exciting for fans while not alienating newbies. So, despite my misgivings for the first episode, I was willing to wait and see what the show was becoming before I passed judgment. Maybe the show would find a compelling voice that would feel like a necessary add on to the classic comic.

So far I remain unimpressed.

The biggest problem with the show for me is how it content it is to just be a visual remake of the comic. You can see the checklist present in the writers room as they cross off images and motifs. Smiley face? Check. Squid? Check. Panels of the book completely copied in live action form? Check check and check.

Whole ideas are cut and pasted from the work and remixed without bringing anything new to the table. The central mystery of the show so far, who murdered the police chief, is just rearranging the murder of the comedian. Episode 3 even has Laurie straight up point out the parallels that she remembers from the 80’s being echoed today. It is pointing out how history is repeating itself. The show is so reverent to the original material that it becomes eye rolling. When Laurie tells a joke and says “roll on snare drum” I gagged.

Especially since what we are given that IS new doesn’t feel all that interesting either. The masked cops plot just feels muddled and doesn’t seem to know if it is pro or anti police fascism. The show wants to make the police feel both sympathetic as well as amoral since they fear for the lives but still have no problem ignoring due process. It is a both sides type of narrative that doesn’t feel bold so much as just playing it safe. I am also deeply frustrated by the choice to have Dr. Manhattan be a part of the show at all. The fact that he is on Mars is completely counter to what he does in the final issue, where *SPOILER* he declares that he is done with humans and decides to explore the galaxy. The fact that he is still hanging around, even if he is completely detached from the show, is a mistake. He feels like a ace up the shows sleeve, where he can be deployed whenever the writers get nervous that people are losing interest. If they weren’t going to use him, they would just make him a reference and not show him building and destroying stuff on Mars.

I am also frustrated by the Veidt storyline as well. It again calls back to the comic where we are constantly given glimpses to his grand plan but never see the entirety until the final moments. Except what was hinted at in the comic felt fresh and exciting where the show just feels like slapstick bumbling. All the stuff with the clones as his guinea pigs comes off as silly just doing more callbacks to the comic. Especially given that all it does is serve a plot function to give Jeremy Irons something to do until the show is ready to present his master plan. It feels like a separate show in the worst way where I see the mechanics of what the show is doing without feeling at all invested.

I am sure that the show is probably trying to set this all up so we can get a big twist that totally changes everything. However, sitting through 3 hours so far of call backs is making it hard to wait. I feel like I could just skip to the season finale and not have missed anything beyond character moments before the big point is revealed. What the show has going for it is the acting, which is across the board fantastic, even if the writing fails them. Regina King and Jean Smart are naturally compelling to watch, and they bring a weight to their performance where you could spend hours just watching them stare each other down.

I will also give the show this much, it deeply hates Zack Snyder. The show within a show, American Hero Story is an excuse to basically make a Snyder-esque series, complete with slow mo action, hyperviolence, and desaturated colors. Going to all that trouble to make a series just to hate on the 2008 Watchmen movie is hilarious and I hope they keep doing it. Other than that, I am just continuing on out of curiosity and not out of enjoying what I am watching. I hope it doesn’t take another month of this before I start feeling like I am not wasting my time.