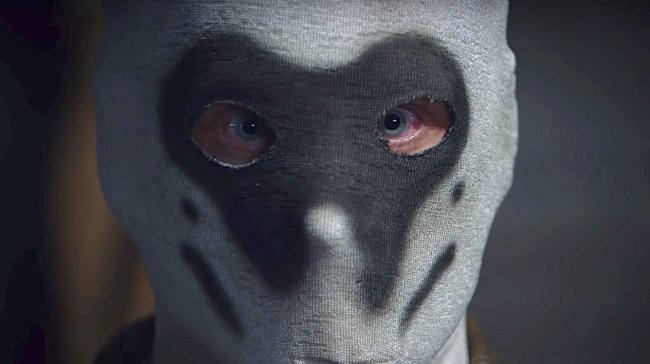 In the hours leading up to premiere of HBO’s Watchmen, several critics chimed in to say that had seen that it was the real deal. Early reviews were mostly positive, and they seemingly agreed that the show had justified its reason to exist. Show creator Damon Lindelof put out a letter on Twitter that promised fans that he would respect the comic and that nothing would be altered. He also hinted that he had to do the show had to be done because, if he hadn’t, someone who didn’t love the comic would have made it anyway. There was a swelling of goodwill toward the show that I tried and failed to avoid before watching it for myself. I did my absolute best to put out these reviews and try to engage it with a blank slate. The only thing I wanted to bring to the table was my deep love for the original Watchmen comic.

And the show is…OK? I guess?

I have to make it clear that I am a deep Watchmen purist. I first read the original comic back in 2002, just when I was getting more interested in comics. It was my gateway to the bigger world of every day superhero books into something bigger and darker. This, along with Kingdom Come, were my introduction into stories that could show heroes as broken and flawed. I lived in a weird space where many of these stories (Dark Knight Returns) had already come out, but were not necessarily as popular as they are now. We now live in a world where everyone knows everything, thanks to comic book movies being everywhere. But when I was 16, I got to develop my taste on my own and with the nerds at the comic book shop. Watchmen was my special thing that I could show my uninitiated friends that “comics are, like, way better than you think.”

I don’t say this to show off any sort of cred. Being a comic book fan is hardly a thing that makes anyone look cool. I only bring it up to talk about how long my history goes back with Watchmen. Its legacy as a seminal text is unquestioned no matter where you go. The keyword here is “text”. I am a firm believer that Watchmen is, was, and always should be, a comic book. The Zack Snyder film has moments, but it only underlines how the story works best as a comic. The framing of the art, the panels, and story line was custom built for the page and adapting it only dilutes it.

So I did not have a lot of hope when I heard there would be a show. We already have had to deal with DC playing with the property over the past few years. They have even been slowly folding the characters into the main DC universe so now we got Dr. Manhattan kicking it with Superman. I understand from a business perspective, and that comics as a medium has always allowed different writers to reshape texts. Alan Moore, for all of his bitter ranting about how his work has been ruined, made his name working on previously existing properties (Miracleman, Swamp Thing). Its simply the nature of the business. That does not mean that I had to like it.

So already the show has a lot of work to do for me. Now, I am not a Damon Lindelof hater like a lot of people who felt burned by his previous work. One of the things I like about him is that shows he works on are not afraid to get messy. He often develops great big premises and ideas without knowing where they will end up. I love The Leftovers but it took time to evolve and figure out what kind of show it was. Eventually, once it got over being so self serious, it became a beautiful and haunting work of art. I also believe him when he says that he respects Watchmen and felt compelled to make the show so no one else would.

The results are, on their face, pretty good. Immediately we are presented with an ugly moment in modern history, the Tulsa Race Riots. It shows a statement of purpose by the show to say that they are willing to wrestle with American history the way that the original comic did but in a different way. The Watchmen comic didn’t play with race the way the show does, so it offers a new angle to view the world. It also shows that we are going to be situated outside of the original time and place of the comic. Watchmen was a story of a city and we rarely, if ever, see anything outside of New York City. Setting the show in Oklahoma, at least so far, gives the show a chance to breathe and not be surrounded by constant Easter eggs. We don’t get to know what a post gigantic squid New York looks like, at least not yet.

The show goes on to do all the things that shows produced by Lindelof does best. This show is a solid exercise in building a world. The state of the world is not explicitly laid out but is presented in the margins. A poster of President Robert Redford here, a copy of Under The Hood sitting on a desk there. We see miniature squids falling from the sky but never told explicitly what that means, only that the characters treat it like an expected nuisance. One of my favorite moments is seeing the credits sequence for an American Hero Story TV show, featuring Hooded Justice. The show never has characters actually comment on these elements, and just serve as window dressing. These little moments are the strongest elements of the show of giving a thought experiment of what the world of Watchmen looks like in 2019.

Its the other stuff that is a little harder to reconcile with. The pilot is mostly a way to set the stage for a war between two fascist ideologies. On one end you have the far-right coded Seventh Kavalry who are carrying on the legacy of the insane Rorschach. On the other end you have the police, where officers all wear masks because they fear being seen in public. It seems enough cops have been attacked that the very idea of being a cop can make you a target, meaning they all have to wear disguises. The whole thing feels kinda clumsy and, honestly, kinda silly in a logistical way. While most cops were generic yellow masks, some wear mirrored ones, or, weirdly just wear a giant panda head.

The world of the comic always tried to look like a real one, but with some minor but dramatic differences. But at it’s core, it was still a world we could recognize as our own. The portrayal of the police force feels all over the place. Cops apparently are required to always keep their guns locked up and must request remote permission from dispatch to use them. However, they also have no problem breaking due process and will interrogate and beat a man to get information they need. Have they been emboldened or weakened over the years? Why are some rules followed and some are not? The whole thing feels muddled and will inevitably lead to a plot line of “who are the real bad guys? the Kavalry or the cops?” Its a very both sides plot line that just doesn’t gel so far. It does lead to good acting by Regina King as vigilante cop Angela Abar. But right now I am not confident that this will not go exactly as predicted.

Right now it is way too early to guess where this is going. We haven’t even gotten to what the unrelated scenes featuring Jeremy Irons have to do with anything. What I am worried about is that the show is already creating a world that doesn’t quite fit in with the comic the way that Lindelof says it will. It makes the fact that it has to be a Watchmen series at all feel like an obstacle instead of an attribute. Why do we need to see Dr. Manhattan on Mars? Why is he even on Mars at all except to hint that he will show up eventually? The guy straight up said he was leaving the galaxy and getting the hell away from Earth. If the comic is canon, then having Manhattan around is a really weird detail. But then it wouldn’t be Watchmen. Its a circular logic that is driving me crazy. And unless the show goes somewhere other than cops and criminals are the same, then it really adds nothing to the original story. Which makes all the positive reviews feel a little baffling to me. Maybe the next few episodes blow up everything and make it all worth it. I would be so happy if that was the case, but I am not holding my breath.