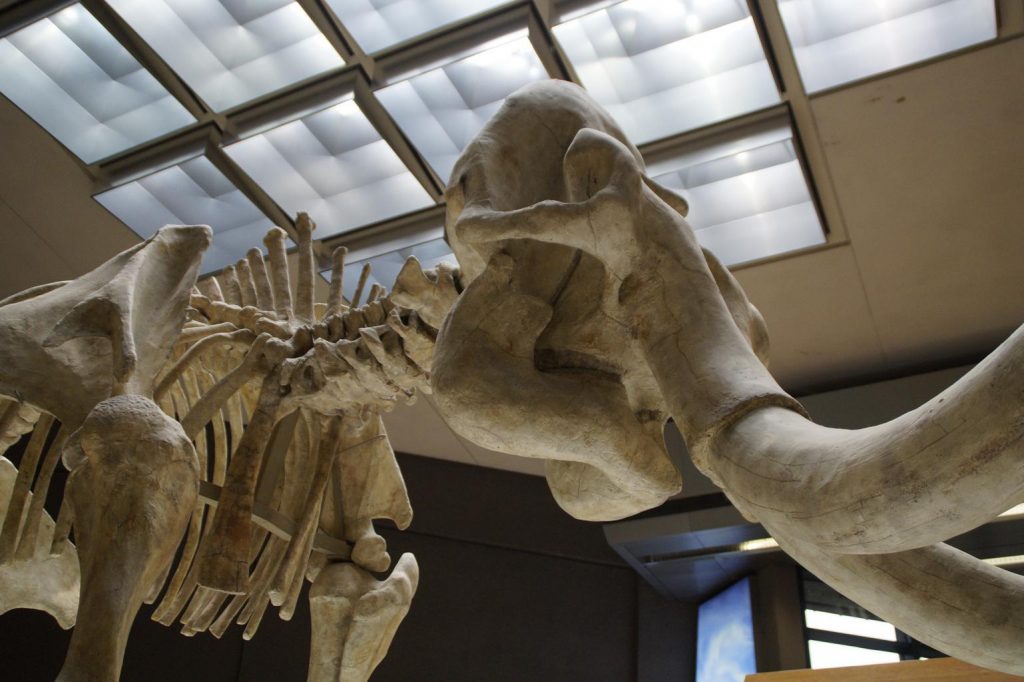 The Last Mammoths Lived After the Great Pyramid

When you think of a woolly mammoth and the end of the last Ice Age, most people think they were gone right around the time people started to build cities. All the giant ancient mammals and birds were dead or dying out some 10,000 to 15,000 years ago. Well…. not ALL of them.

The youngest mammoth bones yet found were around 4,000 years old. For perspective, the pyramids at Giza are around 4,5000 years old. Hypothetically, a Pharaoh could’ve met a mammoth. The Pharaoh would just have to travel North. FAR north.

A team of international researchers have published a study in Quaternary Science Reviews looking at the last known mammoth population and what might have killed them. These mammoths had become pygmies, shrinking and holding out on Wrangel Island way up in the Arctic Ocean. The last mainland mammoths had been killed, eaten, or died off due to habitat loss around 7,000 years ago.

“We think this reflects the tendency of Siberian mammoths to rely on their reserves of fat to survive through the extremely harsh Ice Age winters, while Wrangel mammoths, living in milder conditions, simply didn’t need to.” – Dr. Laura Arppe, University of Helskni

This may have spelled their end during some harsh winters. There also appears to have been issues with their island drinking water. Researchers speculate that an extreme weather event or other short-term climate issue might’ve done in this tiny surviving population.

Well, that explains me. I am a mammoth living in harsh winters, storing fat.

What extinct animal do you find most fascinating? Let Nerdbot know in the comments!