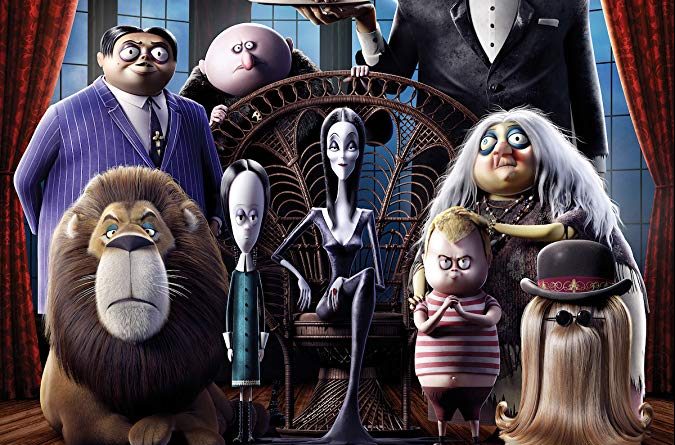 As previously mentioned in another article, The Addams Family is back and in animated form once again! Many people have shown their skepticism with the animation style and based off the trailers shown little interest in the film, but thankfully yours truly had the pleasure to view it Wednesday evening.

The Addams Family starts off with an origin story that sets the plot. Immediately you get the morbid humour that we all loved back in the 90s.

Fast forward into the now there are mobile phones, Wednesday is in junior high, Pugsley is battling with his own conflictions, and family traditions are challenged. What will become of the Addams?

As someone who was raised with love for the 1960’s show, 1992 series, and 1990 film franchise I noticed how each generation and style tried to adapt to their current times. The message in each one was the same: you may seem weird to everyone else, but they are weird in their own ways.

The film was the traditional: everyone outside judging and the Addams stay true to themselves. The change was that Pugsley and his conflicts led to his family judging him. THAT’S ALREADY SAYING TOO MUCH!!

Stopping before I get in depth I’ll say a few more things. The animation style gives new life to the comic versions that we grew up with. The romance is still there but definitely not in-your-face. The morbid humor is to die for. The personalities are not too far from their souls. The voices are to par: Isaac made me feel like Raul Julia would have been proud, Theron had a stronger voice than we knew but it was still well-received, Moretz was a brilliant selection for Wednesday, Wolfhard fulfilled my expectation of Pugsley, Kroll was very much less Lloyd and more Coogan. Rotten Tomatoes gave it a 33% rating but that happens when you compare a film based on the 1920s to the 1990s adaptation.

“The Addams Family” is in theaters now! Don’t forget to snap along and heads up there is nothing post-credits but enjoy the sketches and music.