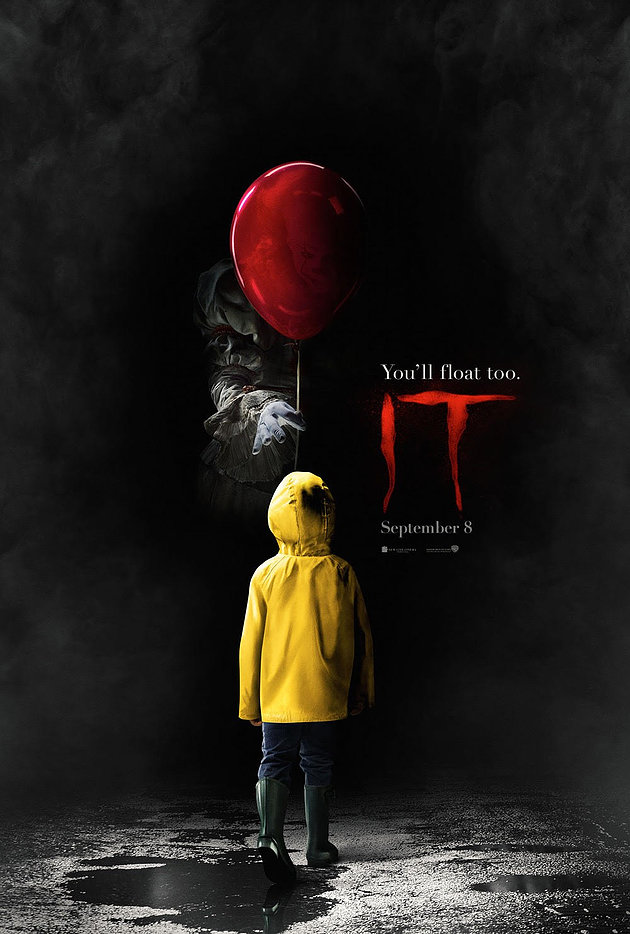 As we all know, the never ending cycle of remakes in Hollywood can be exhausting.  Millions of people scroll through twitter everyday seeing headlines that make us wonder if the movie business will ever find its sense of originality.  However, we all have our lists of movies from our childhood that maybe could use an update.  Maybe do source material justice in ways an early 1990’s ABC mini-series never could.  You know what I’m talking about… Stephen King’s IT.  After years of development hell, script rewrites, and losing directors, a remake of King’s 1986 staple of the horror genre finally got off the ground.  And this weekend audiences across the country will travel to the theater for the ultimate experience of nostalgia and terror.

In starting this review, as always, I will let you know I will do everything humanly possible to remain spoiler free.  Also, I am going to shy away from comparing it to the original mini-series as there products are two completely different things.  Like comparing Tarrantino films of the 1990’s to the modern Tarrantino, some of the core elements are present but when it is all said and done they are two different entities.  What we will cover today are the basics; the plot, the chemistry of the members of the Losers Club and how it affects the plot, Pennywise the Clown, then I’ll highlight some of the items I felt could be improved.

First of all, GO see this movie!! Director Andy Muschetti does a great job with it.  I’m not sure if I would be as approving if I didn’t have such a connection to the original but for not being that much of a horror guy, I was fulfilled.

Let’s give a shout out to Chase Palmer, Cary Fukunaga, and Gary Dauberman for taking the “as kids” part of King’s plus 900 page novel and condensing it down to a just over two hour film.  Now, being that there is so much content in the book, be aware that not everything will make it, and some parts have been altered to fit the story, but I feel the writers delivered the best possible outcome.   Even changing the setting from the 1960’s to the 1980’s worked and made IT more relatable for movie goers of this generation.  You get a scare or an encounter with Pennywise five to ten minutes which makes for an action packed show with many opportunities to be entertained.

You ever hear that old expression “always leave them wanting more’? Well I definitely wanted more, IT could have been three hours and I wouldn’t have cared.

he real stars of the movie are the Loser Club.  Seven unlikely friends whose struggles brought them together.  All of these kids are great and hopefully bright futures in Hollywood will be on the horizon for them.  If I was going to award a standout performance it would be spilt between Sophia Lillis (Beverly) and Finn Wolfhard (Ritchie) who outright owned the screen at times.  Not to take away from the other actors but these two were a presence you couldn’t take your eyes off of.  As for the rest of the group, each had their own demon, other than the Dancing Clown to overcome.

And through their arcs the audience discovers a sense of humanity which really helps connect to the characters.

Another aspect of the Losers Club that can’t be denied is the chemistry between the cast.  It was very authentic and often hilarious.  The banter amongst them took me back to my younger days and reminded myself exactly what it was like to be a kid again.  Days I will never get to have again.  The nostalgic link, though very powerful, is not at the core of the project so the film doesn’t feel like a cheap play at your heartstrings, or your wallet.  I’ll be honest when I say these actors, are the true heroes.

Now, I know you’ve been waiting for it, let’s talk about Bill Skarsgard as Pennywise the Clown.  When the Losers Club isn’t commanding your attention, he is.  With the vast amount of trailers we got I was starting to think we’d seen all of Skarsgard before we even got to the theater and boy was I wrong.  He was in it way more than I had expected with tons left to be seen.  Which is both good and bad (more on that later).  Tim Curry’s take on the character is nothing shy of legendary so I’ll stray from the comparisons but know that the big shoes have been filled.  He’s great!

As expected, and from the previews, we could expect to get the scary side of Pennywise but there was the question of the clown of side of Pennywise and how that would be conveyed to the audience.  I’ll tell you, his light, trying to be nice side, was the best part to watch.  Skarsgard would flip the switch so well and one minute everything is cute and funny, the next he’s biting someone’s face off.

Let me give you a couple things that I felt could be improved:

There was a lot going on in this movie.  Not that any of it is hard to follow but with seven central characters, plus a couple antagonists, the elevator is too crowded if you know what I am saying.  Granted your hooked the whole time, but value certain roles felt lessened because we don’t have much to build a relationship with.  I’m talking primarily about Henry Bowers, the Losers Club secondary villain.  When he’s on screen he’s great, but in the grand scheme of the movie something about his story feels incomplete.

I also feel we got too much Pennywise, and on top of his screen time, we got too much of the same thing.  I think he charges at the screen three or four different occasions resulting in the same outcome.  I get it if your going for shock value, but deflates the psychological horror which is usually the more scary of the two.  Will all the credit the writers deserve, effective use of Pennywise may be a topic to be addressed in the sequel.  We need more of him standing silently with balloons and less massive CGI enhancements.  Sell the sizzle not the steak.

I’ll leave with you with some positives to keep an eye out for:

A few times we get to see a children’s television show playing the background.  Pay attention to what the host says, it’s a great little nugget which contributes to the atmosphere.

The Georgie scene, yes that one, is in the first ten minutes of the movie.

We will have room for a sequel.

You will jump in your seat, even the most horror-proof people in the world will get scared, guaranteed.

IT came, IT ran, and IT was a damn good take of a classic horror tale. Finally a remake worth your time and money.

What did you think about the IT remake? Let Nerdbot know in the comments!!