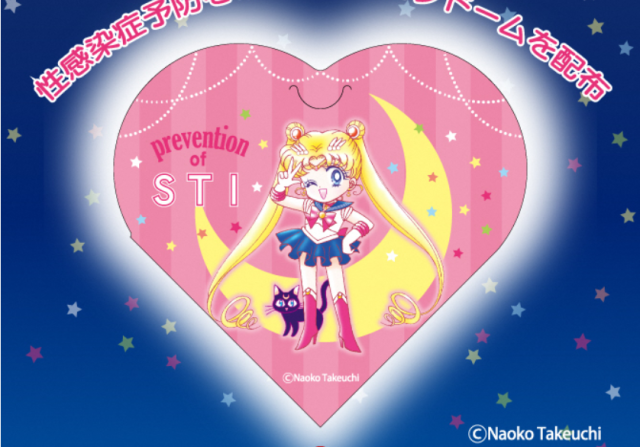 Sailor Moon Back to Protect People from STIs

Japan has once again rolled out Sailor Moon condom packages to get their citizens to practice safe sex. AAA (Act Against AIDS), Okamoto Travers Institute, AIDS Prevention Foundation, Fukuoka CROSS FM, and Hiroshima FM Broadcasting are all working together in their mission to prevent the spread of HIV and AIDS.

They have decided to roll out these Sailor Moon condoms for a second time. The first time being back in 2016 she was also enlisted to fight against syphilis and other STDs. These are a limited run only and free to pick up at Markis in Fukuoka on October 5, or Alice Garden, which is in front of PARCO Hiroshima, on October 14.

The condom itself comes in a heart-shaped box(cue Nirvana) and is slim enough to fit into your pocket. They don’t have any images of the actual condom but the packaging does list some risks associated with having unprotected sex.