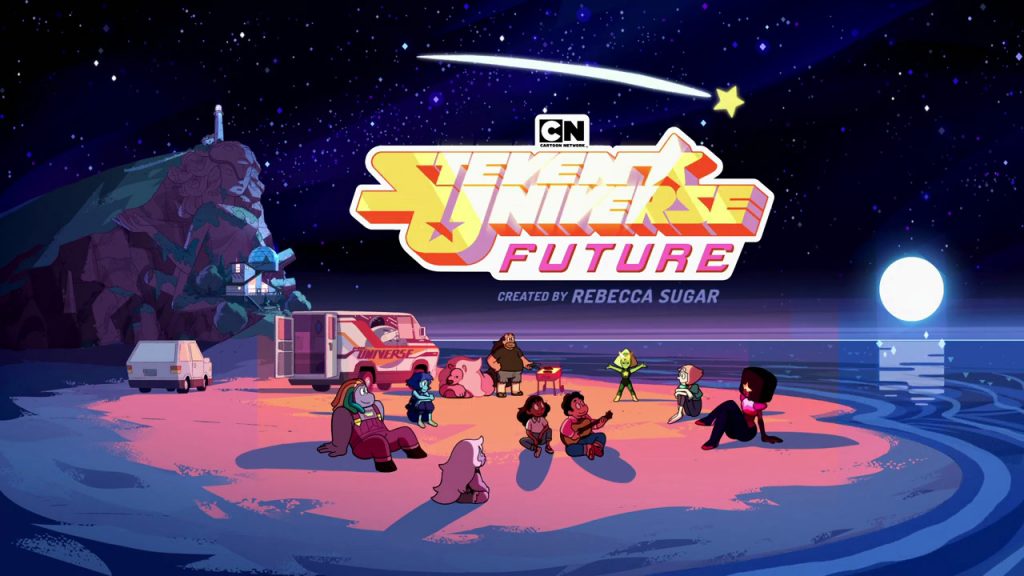 Steven Universe Is Over … But Its Sequel Series Trailer Just Dropped!

Steven Universe Future , Here We Are !

This new series takes place after the shows original run as well as its movie, exploring the world set up in said movie as well as tieing up any loose plot threads.

In an article by the Times , creator Rebecca sugar spoke on the evolution of the character ; its growth as a character and froma writing prospective.

“Because the character’s been growing up, the new things that I want to say, I can say them now with the character that’s been kind of growing up alongside me. “

Keeping this in mind, it’s clear that although the central conflicts established in the beginning have been solved, the problems of SU and its characters aren’t done yet. Director/ supporter of Steven Universe, creator and artist Ian Jones-Quartey commented on the idea of this being the shows sequel.

While the show began with the Core Four ( Garnet, Amethyst, Pearl and Steven) , the opening sequence has these characters joined by Bismuth, Lapis Lazuli, Peridot and Connie Maheswaran.

Aside from the transition to a wide shot, showing the Diamonds as well as many other gems, one of the more conspiral shots was one showing possible series antagonists.

While there are some recognizable characters featured ( Jasper, Lapis Lazulis and Pink Diamond) the two other figures are a mystery. Allegedly, fans are assuming that these two could be a monsterous watermelon steven, and Sneaple.

While some gems have been framed as villians, many of them( in the past) have gone through redemption arcs one way or another.

So while these gems/ creatures are painted to look menacing, it would be foolhardy to decided that they will be the main antagonists.

So what’s your opinion on this new series ? Is it a step in a good direction or was it better to end things at the movie ? Let us know in the comments down below.