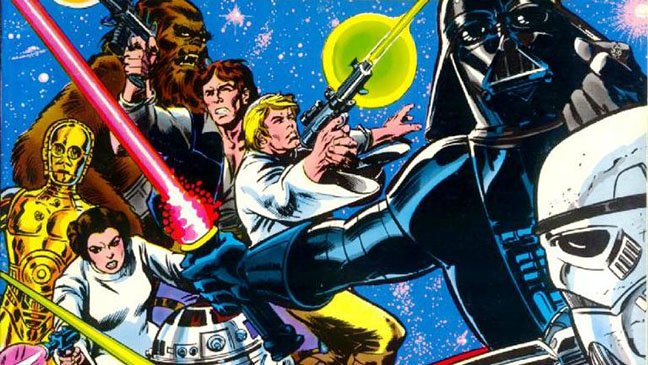 It has got to be a weird for the creative teams over at Walt Disney Studios. With both Avengers:Endgame and Star Wars Rise of Skywalker, both of Disney’s biggest franchises are hitting the end of major story arcs. However, every one knows that this does not mean that either of these properties are just going to gracefully wind down. Marvel movies and Star Wars movies will continue for as long as Disney can wring every last dollar out of them. However, after some missteps (Solo) they also know that audiences won’t automatically see everything that comes down the road. The studio has to be smart in deciding what direction to take that will keep fans engaged.

That’s where Marvel studio head Kevin Feige comes into play. The Hollywood Reporter announced on Wednesday that Feige will not only continue to oversee Marvel but will also help produce a new upcoming Star Wars film. Disney co-chairman Alan Horn revealed that they set up a plan for Feige and producer Kathleen Kennedy to develop more Star Wars films. The move to get Feige into a major creative position makes perfect sense given his reputation in creating the Marvel Cinematic Universe we all know and love. He helped spearhead many of the casting and creative choices that helped make the series what it is today. Feige can also help quell some of the negative press surrounding Star Wars lately, with the last few films dividing fans and facing down behind the scenes drama.

The last few Star Wars films have had directors fired and hired along with 11th hour reshoots and reedits. No matter what you think of the final products, it has to make Disney as a company nervous that these huge movies carry extra financial baggage. They need a guy like Feige who can already has a ton of experience handling big budget movies and has the passion to make hard decisions. One of the rumors that The Hollywood Reporter talked about is that Feige already has some actors in mind for the movie and seems to have an idea about what he wants to do.

Now this announcement doesn’t reveal what the movie will look like and how it will fit in to the larger Star Wars universe. It also doesn’t reveal with Rian Johnson’s upcoming films will end up looking like either. Never mind the other movies, tv shows, games, and other cross media that we will be assaulted with in the next few years. All we do know is that Disney is taking the property very seriously and will do whatever it takes to find something that fans will enjoy.