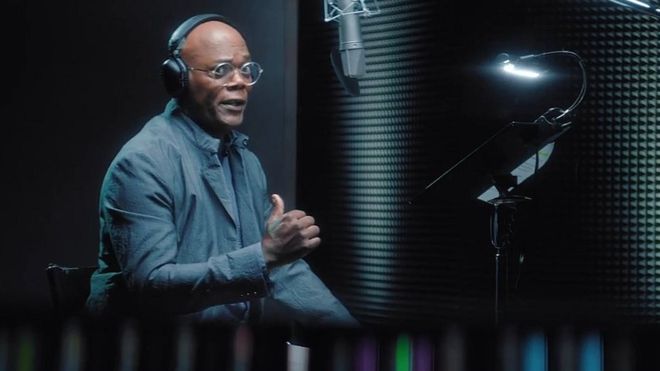 Your Alexa Can Be Voiced By Samuel L. Jackson

Everyone’s got some sort of voice activated device, whether it be an iPhone (Siri), Google Home, or Amazon Echo (Alexa). Smart home devices make finding information, like the weather forecast, as easy as asking. “Hey Alexa, what’s the weather going to be like today?”

We’ve all seen the question, “Besides Morgan Freeman, who would you want to narrate your life?” More often than not, a front runner for the job has been Samuel L. Jackson.

That dream is about to get a little bit closer to reality!

The Nick Fury actor has signed on to lend his voice to Amazon’s Alexa. Jackson‘s voice assistant option will cost you $0.99 and is set to launch later this year. More celebrities are slated to join the Alexa roster next year.

The best part of it all?? Amazon will have a family friendly option and an explicit version. We can already hear Jules Winnfield coming through, shouting our affirmations for the day.

Aside from letting you know how hot or cold the day might be, Jackson will also be able to read you news articles, tell you jokes, and even sing you happy birthday.

The technology works via neural text-to-speech. It mimics the voice including inflections, accents, and speech mannerisms. This means that it can respond to almost any question and doesn’t rely on prerecorded responses from the actor.

It will be interesting to see who else lends their voice to the program.

I’m a total sucker for character voices telling me what to do. I have the Cookie Monster set as my voice guide on Waze. Samuel L. Jackson voicing my Alexa commands is going to be amazing.

Would you want Mace Windu coming through your speakers with the latest news headlines? Or perhaps you have another suggestion? Let us know in the comments!