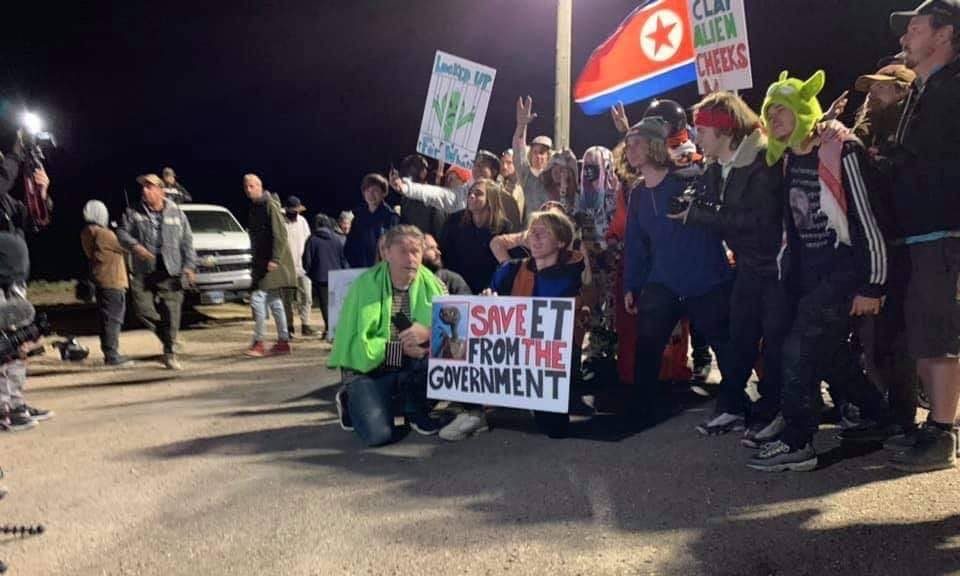 One Arrested, Another Detained at Area 51

So far today there has been one arrest at Area 51 and it’s not for the reason you think. A man decided that he would publicly urinate on the gate to the area and was promptly arrested for indecent exposure. Another woman was detained for undisclosed reasons.

According to the sheriff it is public land up until the gate, so you can be around it and go up as far as that. NY1 reported on the arrest and that there were about 75 people gathered around the gate at that time.

So far this has been the only reported incident and hopefully no one else gets into too much trouble. With so many people gathered, reportedly several hundred let’s hope they keep it peaceful.