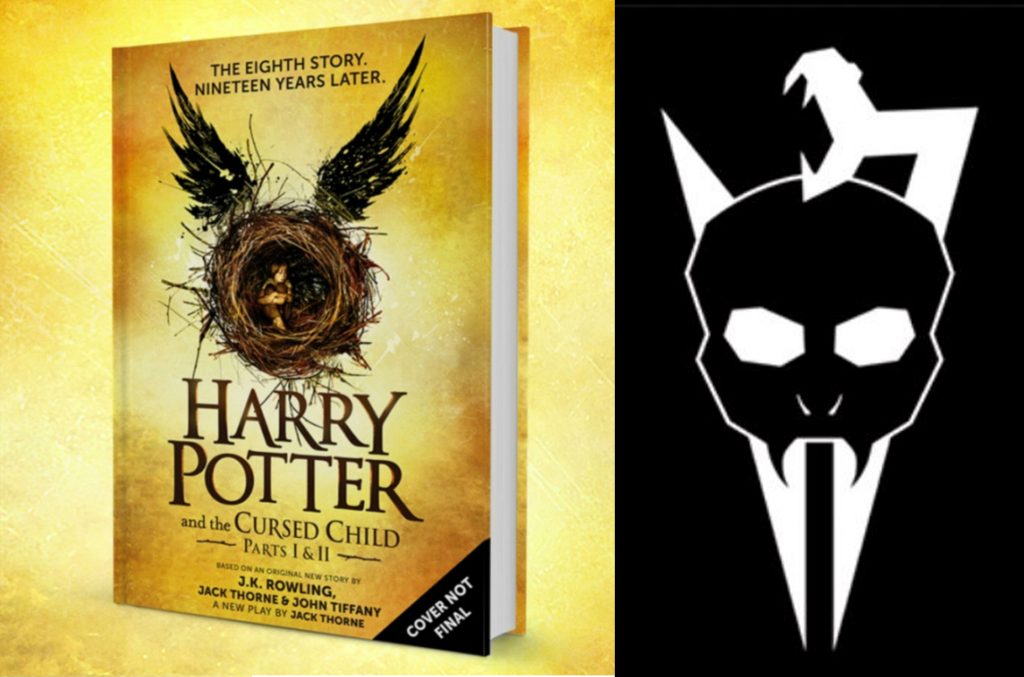 Earlier today we wrote about Warner Bros. acquiring the rights to The Cursed Child. Now we have a tweet from J.K. Rowling herself that teases at big Harry Potter news coming soon. Unfortunately though it seems that a movie is not in the works… yet.

Something more is coming from Cursed Child but they are saying it’s not a movie. She says that “Sometimes, darkness comes from unexpected places” along with the hashtags Harry Potter and Cursed Child. The image she shared could be the working logo for a new stage play or even a new book series.

So whatever it is, is tightly underwraps. It is speculated that there will be more books coming with Harry’s sons or that there may even be a second stage play. I still hold fast to the movie idea since a representative from the studio was so quick to shut it down. Usually that doesn’t happen unless they care about a future announcement.

“I can confirm that these rumors are absolutely NOT TRUE, ” a representative for the production wrote in an email to Entertainment Weekly. “The show has not changed ownership. Harry Potter and the Cursed Child continues to be produced by Sonia Friedman, Colin Callender and Harry Potter Theatrical Productions in London, Broadway and all around the world. Warner Bros. has always been a valued partner of Cursed Child since its inception. Their role has not changed.”

However that quote only really refers to the stage play continuing production. So the idea for a film is still up in the air, at least for fans who want it really badly.

What do you think is going on? Tell us in the comments!