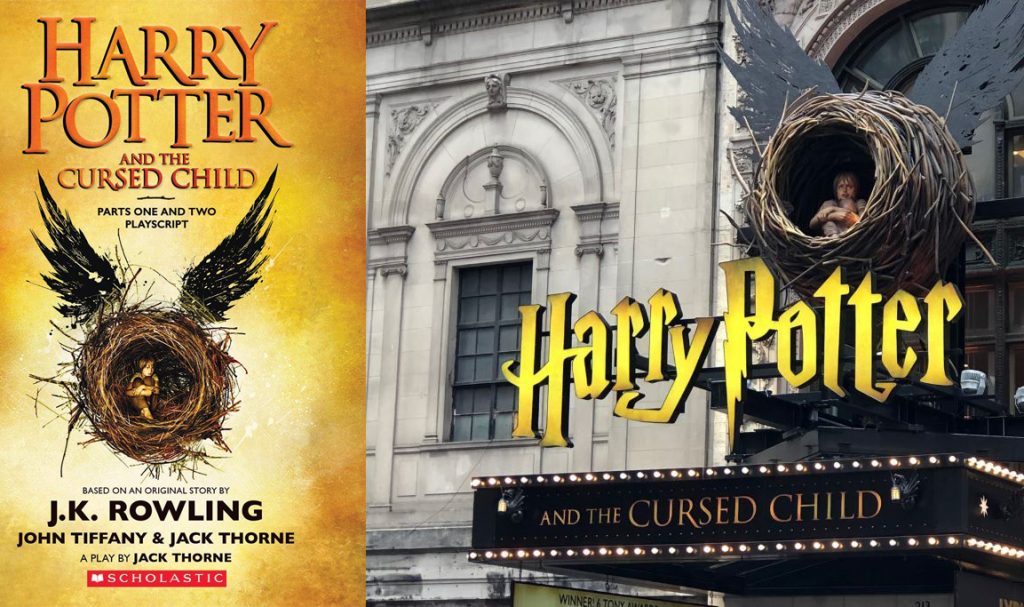 In some exciting Harry Potter news, the site The-Leaky-Cauldron.org has updated us on not only a logo change for the stage play but also informs us that Warner Bros. has bought the rights to it. The logo now looks more like the logo used in the films with the iconic Harry Potter font face that was used in the distribution of all 8 films.

From a tweet we know that they have bought ownership of the stage play and now own all rights present & future to all iterations of “Harry Potter and the Cursed Child”.

Here is the before and after picture from the logo change.

There is a rumor that a movie will be made and if that is the case we’re for it. This would be a great time to sign on Daniel Radcliffe and the rest of the cast. The only thing that would be hard is that Snape is in the book and actor Alan Rickman has since passed.

In the play Harry has two sons who attend Hogwarts. Radcliffe could easily play an older father as well as the rest of the cast coming back into it. Not only that but with de-aging CGI they could pull this off perfectly.

Some are skeptical because they bought the rights to the actual play and movie studios don’t typically do that if they want to make a film. But the excitement comes from what they are now legally able to do with it.

Do you want to see Harry Potter and the Cursed Child come to theaters? Would you want more movies that follow him as an adult? How about his children? Tell us in the comments what you think!